Due to the impoverishment of the soil and the increasingly limited variety of foods, monitoring the level of trace elements in the body’s tissues is increasingly important. Indeed, the essential trace elements are inorganic substances present in the tissues of the body in very small quantities (less than 0.01% of the body weight). Their respective functions are precise and irreplaceable and a deficiency can lead to significant disorders. The most well-known trace elements are iron, zinc and copper, but in reality, thirteen elements are considered essential. They are not only found in water, but also in many foods

Trace elements play an essential hormonal and immune role, but also as an antioxidant by allowing the proper functioning of enzymes. At every moment billions of chemical reactions are occurring in our body. They are managed by what is called “enzymatic catalysis”: a chemical process that allows elements to pass from an initial state to another state. To do this work, the enzymes need trace elements. When the level of trace elements is either too high or too low, all of the body’s basic functions work a little less well.

The level of trace elements is different for each of them but must be constant. However, due to our modern diet, more and more deficiencies are being reported. The main problem is that our soils have become less rich in trace elements because they are treated with many phytosanitary products. However, the microflora of the earth is important for the content of our food in trace elements. Monotonous and industrial food can also lead to deficiencies.

Normally, a balanced diet is sufficient to keep the micronutrient levels constant. But there may be times when deficiencies cannot be remedied by food alone. What to do then? There are two solutions. The first is to take pre-made mixtures. This gives mixtures of copper-gold-silver or zinc for people who have weak immunity, for example, or manganese for people with allergies.

Another, more recent method consists of selecting the shortcomings in a targeted manner and remedying them. In both cases, the goal is to rebalance the body as a whole. However, you must be aware that trace elements are not “magic bullets”. All-year round supplementation is unnecessary, while keeping in mind that too much micronutrient in the body is just as bad as too low.

It should also be noted that certain elements are present in such small quantities in our food because they are automatically added to our food products. This is the case in with iodine which is added to kitchen salt. 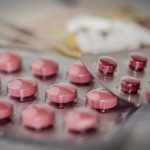 Previous post The effects of beta-blockers on mental health 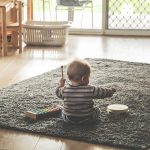