Zinc is known to be an essential trace element for the human body. It fulfills some key roles in its general functioning and also provides some notable benefits.

Zinc is a metal, present in the human body in the form of an essential trace element. Present in very small quantities, it represents between two and three grams. Bones and muscles take up much of the zinc we ingest every day. For the rest, it is distributed evenly between the kidneys, the liver, the hair, and the eyes.

How much zinc to take daily?

As for all minerals and trace elements, health authorities have set thresholds and recommended intakes for zinc.

What is zinc good for?

Our body needs zinc, because of the many roles they play in its functioning. It is a particularly important component of hundreds of enzymes in the body. Indeed, zinc is involved in the synthesis of carbohydrates, nucleic acids, lipids, and proteins.

Its antioxidant qualities help it protect the body from toxic metals, such as cadmium. It participates in the cell duplication necessary for immunity, respiration, growth, wound healing, fertility and reproduction.

It can also fight against many infections.

While not all doctors agree on the benefits of zinc supplementation for the protection of viral diseases, a study published in 2011 showed encouraging and positive results.

Indeed, the study found that zinc administered early was able to reduce the duration and intensity of the common cold.

The researchers found that if prescribed as a preventive measure, zinc can significantly reduce the incidence of colds in younger children. On the other hand, due to the various methodologies used, it was not possible to define a precise dosage in this context.

Fights the symptoms of acne

The virtues of zinc are considerable and very often used to fight against the signs and symptoms of acne.

Indeed, studies dating from the 1970s and 1980s indicate a correlation between zinc supplementation and the reduction of skin lesions caused by acne.

Even though these studies are old, it should be noted here that they were very numerous to obtain similar results. Indeed, all of them confirmed the decrease in the number of acne-related lesions with zinc supplementation.

Learn more about how to remove acne blackheads naturally.

Cellular aging can be accelerated by several factors, including oxidative stress. Zinc is an antioxidant trace element with the effect of reducing it.

Studies show that zinc has a positive effect on long-term oxidative stress. Thus, zinc supplementation can help prevent and reduce oxidative stress and its damaging effects on cells! It is considered to be one of the best antioxidant trace elements in existence.

Slows down the progression of HIV

In recent years, studies on the effects of zinc against the progression of HIV have multiplied.

A study has shown that increased zinc intake slows the progression of the disease and would have beneficial effects on its symptoms.

There is not particularly surprising since almost half of the people who suffer from HIV are zinc deficient.

Thus, supplementation can significantly improve the state of health of people living with HIV and strengthen their immune system, which is often severely affected by the disease.

Nutritional deficiencies can have consequences on human fertility. Studies have shown the negative impact of zinc deficiency on male fertility. Even a slight deficit affects fertility through reduced spermatogenesis, hypogonadism, and chromosomal abnormalities in the fetus.

Conversely, zinc supplementation can boost libido, improve sperm mobility and increase the chances of carrying a pregnancy to term.

However, specialists specify that these effects are observed only in the case of a correction of a deficit or a deficiency. If your zinc levels are correct, supplementation will have little effect on your fertility!

Slows the onset of AMD

AMD (age-related macular degeneration) is a leading cause of blindness in older people. It is one of the possible consequences of the aging of the eyes and the retina.

Researchers have looked at the effects of antioxidants in preventing this disease and slowing its progression. And zinc stands out among the bunch!

Indeed, a mixture of antioxidants comprising zinc, vitamins E and C, and beta-carotene can considerably slow down the progression of the disease. It also has the effect of preserving visual acuity, as shown in this study.

Other observations specify that zinc limits the progression of the disease but does not prevent it. Obviously, it’s much more effective when combined with other antioxidants.

Zinc is an important part of the treatment of prostate disorders. A lack of zinc in the body is very likely to increase the size of the prostate, consequently increasing the risk of developing prostate cancer.

Several studies have shown that having enough Zinc in your body reduces not just the risk of prostate enlargement, but also the formation of a probable prostate tumor.

Research has shown that zinc has an important effect on mental functioning. In combination with Vitamin B6, zinc ensures the correct functioning of neurotransmitters. The latter provide communication between the brain and the body.

But also in the Hippocampus, which controls our thinking and memory, there are large concentrations of zinc. This clearly indicates how important zinc is for our cognitive functions.

Learn more about to improve your cognitive functions naturally.

When it comes to losing weight, zinc is almost indispensable. Zinc has long been directly associated with reducing appetite, which can prevent so-called ‘overeating’.

Zinc also affects the hormone Ghrelin. This hormone induces the feeling of hunger, regardless of whether you truly need to eat or not.

If you go to your GP with symptoms of chronic fatigue, you will often be sent home with iron pills or with fish oil. The latter in particular is very interesting because, in addition to many good fatty acids, fish oil also contains a considerable amount of zinc.

Zinc is of great importance for muscle functions, and since muscle fatigue is one of the main causes of chronic fatigue, zinc is the ideal supplement to stimulate your muscles, and thus combat the condition.

Prevents hair loss due to alopecia

Alopecia is an autoimmune disease that causes unwanted hair loss. This hair condition can occur at almost any age and is often a subject of embarrassment for most people.

People suffering from alopecia are often recommended to take a zinc supplement. Zinc is an important part of many processes that take place in and around the hair. In many cases, alopecia can be reduced or slowed down with the help of zinc.

Zinc is also very important for your bones. Bones can become weak and brittle if there is a lack of zinc in the body. Of course, this can also be caused by old age. In the latter case, there is no escaping it, but you can postpone the process for as long as possible by adding zinc to your diet, among other things.

Zinc is also essential for the formation, operation, and repair of DNA. It ensures the rapid growth of the cells and the construction of the main components of the cells. These essential properties make zinc an indispensable mineral during pregnancy.

Since zinc is a very important part of untold processes in your body, therefore many problems arise when you have a deficiency.

Of course, a zinc deficiency may not result in all these symptoms but if you recognize yourself in quite a few of them, then that can be a reason to adjust your diet or to make an appointment with your doctor.

It is therefore found in crab, oysters, clams, and lobster. It is also found in interesting quantities in the livers of veal, beef, or pig.

You can also find vegetable sources of zinc such as legumes (soybeans, chickpeas, lentils, beans…), sesame butter, seeds (squash, pumpkin), and green vegetables such as broccoli and asparagus.

Oilseeds like cashews can also contain zinc in interesting amounts.

Finally, zinc can also be found in dairy products, eggs, and fortified cereals.

A balanced and varied diet should be sufficient to provide the necessary amounts of zinc for the proper functioning of the body.

Zinc is an essential trace element for our body, and it participates in its functioning. It is found in legumes, grains, seafood, meat, and organ meats, as well as mushrooms and green vegetables.

Supplementation is beneficial for immunity, prevention of AMD, male fertility, and treatment of acne, among other things.

However, a medical opinion remains necessary before any cure of food supplements, especially for children and pregnant women. 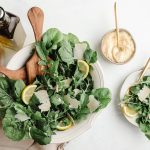 Previous post Vitamin E Benefits: what to eat to avoid a deficiency 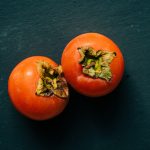 Next post What is persimmon and what is it good for?
0 Shares