Wild animal populations have fallen by more than two-thirds in less than 50 years, according to a report by conservation group WWF. Researchers are calling for profound systemic changes, but also in the mindset of people, so that Man and Nature can finally coexist.

The strong growth of the human population recorded in recent decades has transformed our world. Obviously, this is not without consequences. These developments have indeed led to an unprecedented degradation of nature, according to a new report signed by WWF.

Every two years, the NGO publishes its “Living Planet” report, which measures the state of biodiversity on the planet. The term biodiversity here refers to the variety and abundance of species, as well as the extent and quality of their native ecosystems. Unfortunately, this year again, the findings are alarming.

As part of this work, the researchers examined the evolution of populations of nearly 21,000 species of mammals, birds, amphibians, reptiles and fish between 1970 and 2016. The results suggest that, during this period, the populations of wild animals overall fell 68%.

The report finds that land use change — primarily the conversion of pristine habitats into farming systems — is the most important direct cause of biodiversity loss. Added to this threat is the overexploitation of the oceans. Without forgetting that of climate change which, in the coming decades, will also have a major impact on populations of wild animals.

The future of man in danger

According to the report, this decline shows no sign of slowing down. “If nothing changes, populations will undoubtedly continue to decline, leading wildlife to extinction and threatening the integrity of the ecosystems on which we depend”. The destruction of life by mankind will indeed have catastrophic consequences “not only for populations of wild animals, but also for human health and all other aspects of our life”.

The WWF therefore calls for profound cultural and systemic changes to be made in order to guarantee a “society and an economic system that values nature”. Changes, the reports says, “that our civilization has failed to adopt so far”.

In a parallel study, published in Nature, researchers at the International Institute for Applied Systems Analysis (IIASA) in Austria, for their part, sought to determine whether it would be possible to slow down or even reduce or even to reverse these trends in biodiversity loss before 2050.

According to their work, drastic actions in favor of land restoration will be essential to achieve this. It will also be necessary to transform our food system. On this last point, the researchers estimate that a reduction in food waste and a more plant-based human diet could prevent more than two-thirds of future biodiversity losses. 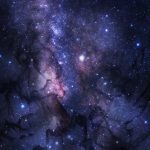 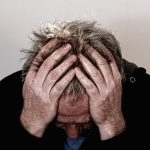 Next post Migraine increases the risk of Alzheimer's
0 Shares