Farting is a very normal process in the body in which excess air/gas escapes from the gastrointestinal tract via the anus. But it can be very annoying. However, it is better to let the gas out than to withhold them, because the gases can cause bulges of the intestinal wall.

Indeed, an adult produces on average about 600 ml of gas daily, which usually escapes unnoticed. In some people, gas production can reach up to 2000 ml. A fart occurs when a larger gas bubble escapes due to the movements of the intestine. On average, people fart 14 to 25 a day. When someone produces more than 25 farts in 24 hours, one speaks of flatulence.

Where do farts come from?

There is always a quantity of gas in the gastrointestinal tract in everyone.

Why do farts stink?

Most of the gas that our intestines produce are odorless. The bad smell is caused by certain sulfur compounds and other substances (sulfuric hydrogen, ammonia gas, amines, skatole, indole, butyric acid) that are formed to a very limited extent. Furthermore, what you eat strongly determines the smell of winds.

If a fart smells sour, then there is fermentation in the intestine due to an excess of carbohydrates (sugars, starch). Smell of rotten eggs, then that is due to the digestion of mainly animal proteins from meat, chicken or fish.

What can you to stop farting?

Usually, it will be enough to adjust your dietary habits and reduce the consumption of difficult or non-digestible carbohydrates.

If the flatulence is the result of some disease, then this underlying disease must of course be treated. When flatulence is accompanied by other symptoms such as diarrhea or a loss of weight, there may be more to it. But below are things you can do to diminish your farting:

Keep in mind that there are no medicinal products that have been shown to prevent flatulence. There is also no evidence of the effect of remedies such as badger garlic drops, peppermint oil, cardamom, aloe vera capsules and so on. 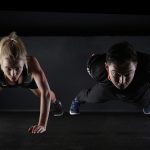 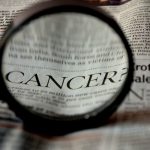