If your company bears the name of a fruit and adopts it as a logo, it could fall under the wrath of Apple and its army of lawyers. Prepear — a company with a pear for logo — recently fell victim to Apple’s aggressive tactics and has thus launched a petition to put an end to them.

A petition titled “Save the Pear from Apple! End Apple’s Aggressive Opposition of Businesses with Fruit Logos” has already gathered more than 30,000 signatures on Change.org. It was created at the initiative of Prepear, a startup of five people which publishes a meal cooking application, from which Apple has requested the change of its logo representing a green pear on pain of “extensive” legal proceedings.

Prepear denounces the fact that Apple has made a habit of attacking small businesses that don’t have the backbone enough to withstand an expensive legal marathon, even though their logos absolutely do not look like an apple or operate in completely different markets. “Before attacking us, Apple opposed dozens of other small companies with a fruit logo. Most of these logos have been changed or discontinued. Most of these small businesses cannot afford to spend the thousands of dollars that a minimum legal battle with Apple costs”, explains Russel Monson, representative of Prepear.

The latter also says he understands companies that give up facing Apple, since it is “terrifying to be attacked by one of the largest companies in the world even though we have done nothing wrong” . Determined to fight to keep its logo, Prepear therefore tries to alert public opinion to Apple’s abusive practices by hoping to obtain a change of attitude from the giant, while “sending a message to the tech giants shamelessly pressuring small businesses”. Note that the Prepear brand had been registered without the slightest concern for intellectual property infringement in the United States. 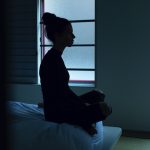 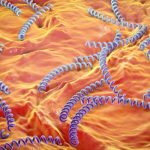