The consumption of alcohol by a pregnant woman exposes the child to serious problems, which can begin at birth or later in life.

The clinical consequences of alcohol consumption during pregnancy increase with the amount. In the most severe cases, the child is born with a specific syndrome, fetal alcohol syndrome. It results in facial abnormalities (facial dysmorphia) and neuropsychiatric disorders: behavior, intellectual disability, memory, attention, learning, academic or social difficulties…

Children with a so-called incomplete form, without facial dysmorphism, develop learning and adaptation disorders, which are often highlighted during schooling. It is estimated that this incomplete form is ten times more common than the complete form.

The medical journal Prescrire reports on a study carried out in France based on hospital records, which estimates that serious disorders affect 5 newborns hospitalized during the first 28 days of life per 10,000 births. This represents hundreds of babies a year.

“This study, limited to the first month of life, does not make it possible to identify children whose developmental disorders are detected later, in particular at school age,” reports Prescrire. In other words, it can be estimated that the number of children who suffer from the consequences of exposure to alcohol during pregnancy is considerably higher. 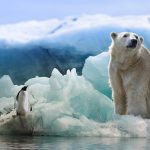 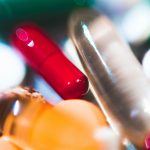