An Australian telescope has scanned part of the sky for very low frequency extraterrestrial radio signals. But it came back empty-handed.

For several years, the SETI program has been searching for traces of extraterrestrial civilizations in the Universe using radio telescopes. Last year, as part of the Breakthrough Listen initiative, astronomers relied on two major instruments – the Green Bank Observatory (US) and the Parkes Observatory (Australia) – to detect possible very low frequency radio signals (techno-signatures) around 1,327 stars located less than 160 light years away. Result: no extraterrestrial signs.

In a new investigation, astronomers from SETI this time relied on the Murchison Widefield Array (MWA) in Australia. Thanks to this radio telescope, they were able to probe the presence of these same techno-signatures around more than 10 million stellar sources of the Constellation Vela. Six known exoplanets were scanned but there are probably many more in the region.

Unfortunately (or fortunately, it depends), the results of this study revealed no signs of intelligent life in this region of the sky. At least, not in the desired frequency range.

Astronomers Chenoa Tremblay and Steven Tingay (Curtin University), at the origin of this investigation, nevertheless remain hopeful. Indeed, while this sample of 10 million stars may seem enormous at first glance, it is actually only a tiny part of the Milky Way. As a reminder, our galaxy contains between 200 and 400 billion stars.

In addition, it is also possible that any signal emitted by an extraterrestrial civilization is too far away. For example, humans have deliberately generated radio waves only since, at the earliest, the first radio transmission in 1895. This means that at best our transmissions have only traveled a hundred light years since.

In addition, the radio waves become less intense as the distances lengthen (inverse square law). At 100 light years away, our radio waves are now probably indistinguishable from cosmic background noise.

Finally, this type of study assumes that an advanced civilization possesses similar technology to ours. However, intelligent life may not have developed the ability to communicate via radio signals.

The researchers plan to rely on even more powerful telescopes in the future – like the Square Kilometer Array (SKA). Its deployment is planned successively at two sites, in South Africa and then in Australia. Note that the Murchison Widefield Array is actually the first “block” of this future giant radio telescope.

A first commissioning (phase 1) is planned for 2024. Phase 2 will then be considered for the 2030s. Among other objectives, this telescope will be able to identify signs of possible extraterrestrial life in neighboring solar systems. 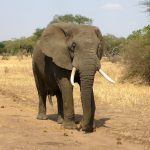 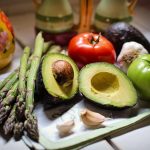