New research debunks the theory that old male elephants play only a minor role in their herds. On the contrary, they are essential for the development of the youngest.

We know that elephants evolve in a matriarchal society. Herds are usually made up of around ten females and young calves. Once mature, the young males leave the group before making alliances with other males.

Research on the social life of elephants has mainly focused on the key role played by the matriarchs, the oldest and most experienced elephants in their herd. It is they who influence in particular the behavior and decisions of other family members.

Until now, we thought that the older males were on the contrary much less influential within their group. This is one of the arguments most used by trophy hunters to justify their actions. Basically, the reasoning is this: these older males do not participate in the social life of their herd. Also, killing them has only a minor effect on the survival of their species.

As part of a study, researchers from the University of Exeter (UK) in collaboration with the NGO Elephants for Africa examined the movements of male elephants in the Makgadikgadi Pans National Park (Botswana). The latter have been classified into four groups: those aged 10 to 15, 16 to 20, 21 to 25 and finally those over 25.

The researchers then found that the older males played a key role in leading these groups, especially in finding water and food. They stand as the guarantors of the development and survival of the youngest males.

“We hope our findings may help policymakers and hunting providers assess the potential negative impacts resulting from the selective harvesting of older male elephants,” says lead study author Connie Allen. “Population management strategies must be constantly open to scientific advice to ensure that the policy in place does not adversely affect the long-term stability of elephant populations.”

Older male elephants occupy a leadership role similar to that of matriarchs in their breeding herds. Eliminating them therefore hinders the transmission of their knowledge and experience to the younger generations. It also puts the survival of the already endangered species at risk. 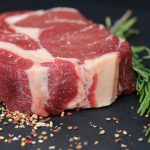 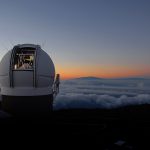