Although for centuries bubonic plague caused millions of deaths worldwide, it can now be treated with antibiotics. It remains endemic in some regions, where isolated cases are common every year

Chinese authorities have confirmed that a pastor from the inner Mongolian region is infected with bubonic plague. The health commission in the city of Bayannur, where the patient is admitted in stable condition, has declared a level 3 alert (the second lowest in a four-tier system) and the regional government has asked its inhabitants not to hunt, consume or transport potentially infected animals – particularly groundhogs – and to report on any dead or sick rodents so that it can be analysed.

The bubonic plague, responsible for the pandemic that decimated the populations of Europe and Asia in the 14th century, is caused by a bacterium, Yersinia pestis. It is transmitted mainly through fleas that infect rodents or through direct contact with rodents.

Although the last major outbreak occurred in the early 20th century, cases of plague in humans remain relatively common around the world. The three countries most affected in this decade are Madagascar, the Democratic Republic of the Congo and Peru, although so far this century there have also been cases in Zambia, India, Malawi, Algeria, China and Mongolia.

In regions where the disease is endemic, the plague continues to circulate in the form of epizootic disease (animal epidemic) in subsurface rodents. In the case of inland Mongolia, the most affected animals are usually groundhogs, very abundant in rural areas. Russia has already launched patrols to prevent the hunting of this animal on its border with China and Mongolia, after both countries reported other suspected cases. “At the moment we do not consider that there is a high risk, but we are closely monitoring the situation with the Chinese and Mongolian authorities,” said Margaret Harris, spokeswoman for the World Health Organization (WHO).

Experts explain that the likelihood of cases in Asia spreading beyond these countries is very slim. “The plague is endemic (always present at low levels) in wild animals in this region, and a few human cases appear every year,” explains Dr. Susan D. Jones, a specialist in Disease Ecology at the University of Minnesota. “A person gets the disease through direct contact with sick animals; unless it becomes a lung infection it doesn’t spread easily among people.” On the other hand, experts explain that although Y. pestis is a microorganism capable of mutating, “in the past it has mutated very slowly, it is not like coronavirus or flu, which can mutate rapidly”.

Although bubonic plague was once the world’s most feared disease, today it can be easily treated with antibiotics, “so most patients recover and don’t spread it,” Jones says. Symptoms include high fever, chills, nausea, weakness and inflammation of the lymph nodes. In cases where the disease affects the lungs, it is called pneumonic plague, the most severe and most contagious form. WHO explains that the pneumonic plague is always fatal if left untreated early and can trigger serious epidemics with human-to-human transmission through air-suspended respiratory droplets.

Thus, Madagascar experienced an outbreak with more than 2000 cases in 2017, which caused more than 200 deaths. “Climate, ecological and social conditions can cause a temporary outbreak. Cases multiply then, the risk of pneumonic plague increases and the situation may be more difficult to manage,” explains Alice Lebreton of the Institut de Biologie de l’Ecole Normale Supérirure in Paris. “But I think the current situation in Mongolia and China has nothing to do with it, partly because of the experience in pest control in this region, and partly because of the very low population density in this rural area.”

Despite large-scale efforts from programs such as the one deployed by the Soviet Union in Central Asia, the disease has not been fully radicated. Since then, health authorities have favoured a control and not elimination strategy. “The pest is unlikely to be eradicated worldwide, due to ecologically complex animal reserves, which will continue to house the bacteria,” Lebreton says. “Attempts to eradicate insects, through the massive use of insecticides, or rodents were ecologically disastrous and quite ineffective, as populations always recover.”

In May last year two people died in Mongolia from the plague, which they contracted after eating the raw meat of a groundhog. As far as Europe is concerned, although the continent was violently affected in other periods, during the Justinian Plague and the Black Plague, bacillus is not endemic. In a 2018 report, the European Centre for Disease Prevention and Control (ECDC) noted that there has been no cases of plague “for several decades” on the continent. 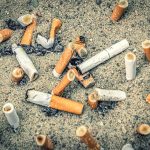 Previous post Cigarette butts: the incredible pollution of the seas and oceans 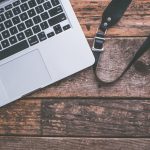