A group of Chinese researchers created an innovative version of the classic board game Go, based on quantum mechanics, in which traditional white and black pieces were replaced by pairs of tangled photons. The project, which may be the starting point for a new era of quantum games, was described in an article published in arXivin July.

In the classic version, two players take turns placing stones at the vertices of the squares of a board, with the aim of obtaining territory larger than the opponent’s, being allowed to surround the rival’s pieces and capture them. The rules seem simple at first, but a more detailed analysis reveals an extremely complex game, which attracted the attention of experts in artificial intelligence.

In Quantum Go, as the version was named, the tangled photons that replace the plastic parts remain on the virtual board until another photon is placed next to one of them. But as long as they’re tangled up, there can’t be capture.

As the player does not know if a particular photon is tangled until they try to capture it, a new random element is added to the game, increasing its complexity, making traditional rules no longer valid.

This randomness introduced to the classical rules of the Chinese game can be used in the development of increasingly powerful AI systems, for purposes such as creating stronger encryption, for example, according to Jin.

Until 2016, the game created 2,500 years ago was completely dominated by humans when Google’s AlphaGo computer defeated the world’s greatest Go player. 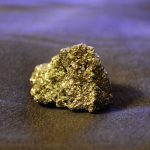 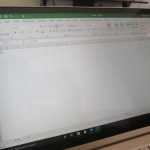