Caffeine is known for its stimulating effects on a mental level and is the most consumed psychoactive substance in the world. What is less known is that coffee also has an effect on physical performance. Studies have shown that high consumption significantly improves the endurance of trained athletes, such as runners or cyclists, through an increase in aerobic (breathing) ability.

Coffee half an hour before exercise

For the amateur athlete, the importance is less obvious, although not that a Spanish team (University of Granada) has brought to light an interesting process: caffeine causes more fat to be burned. This so-called fat oxidation effect was already known but had not yet been well studied under real conditions.

In this study, the researchers called on healthy volunteers between the ages of 25 and 39. They participated in four stationary cycling sessions (each with a week’s rest), one time at 8 a.m. and the other time at 5 p.m. The researchers recorded various parameters, such as the maximum oxygen consumption, and paid particular attention to one of them: the fat oxidation rate. The big difference between the training sessions was caffeine: in some cases, coffee was drunk half an hour in advance (3 mg caffeine per kilo of body weight), in other cases a placebo drink was given (looks and tastes like coffee, but without the active substance caffeine).

Be careful, don’t overdo it

The first observation was that with or without coffee we burn much more fat during a physical activity at the end of the day than during a morning workout. A second conclusion: in the morning or in the afternoon, caffeine consumption increases fat oxidation. And the third finding was that the relative increase in fat oxidation is similar (+11%), regardless of the time of day when the exercise is performed.

According to the researchers, this data confirms, first, that the rate of fat oxidation varies over the course of the day, particularly when exercising, and that it is optimal by the end of the afternoon. Second, caffeine increases this oxidation process and maximum oxygen consumption (VO2max). But be careful: while a cup of coffee before exercise won’t hurt, you shouldn’t overdo it, and especially shouldn’t rush into caffeine supplements. That can be toxic. Cases of fatal overdose have already been reported, especially in athletes. 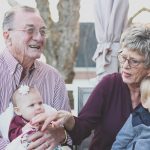 Previous post The link between oral hygiene and Alzheimer's 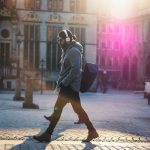