Taking aspirin (acetylsalicylic acid) in low doses can be beneficial for cardiovascular health. And since there is a link between heart and brain health, could the drug be useful against dementia?

An Australian team (Monash University) investigated the question. Some 20,000 seniors participated in this study. None initially had significant cognitive impairment or heart disease. For five years, all of them took tests at regular intervals to assess their thinking skills and memory. One group received a low dose of aspirin, the other a placebo (a substance with no pharmacological effect).

When analyzing the data, the researchers found no substantial difference between the scores of the two groups with regard to cognitive health. They therefore deduce that a low dose of aspirin has no preventive effect against cognitive disorders, and therefore dementia.

However, the result is not conclusive. On the one hand, this five-year period is probably not long enough to demonstrate or formally rule out the potential benefits of aspirin. Furthermore, all participants were in good health at the start, which means that the vast majority of them would probably have a low risk of suffering a major cognitive decline after such a short follow-up. 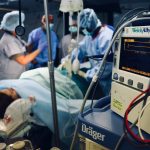 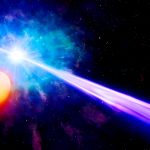