Old phones, computers, batteries, washing machines… Each human produced 7.3 kilos of electronic waste in 2019, according to a United Nations report. Poorly collected and poorly recycled, this massive amount of electronic waste greatly affects the environment. But whose fault is it ? Can we stop the trend?

Humanity produced 53.6 million tons of electronic waste in 2019, the equivalent of 237 cruise ships, such as the Harmony of the Sea, filled to the brim. This is the overwhelming observation made by the latest report from the International Telecommunication Union, the United Nations University, Unitar and the International Solid Waste Association.

The mountain of old phones, used devices and batteries has grown by 21% in five years and could reach 74 million tons in 2030, alarms the organization. Europe tops the ranking, with 16.2 kg of waste per year and per capita, followed by Oceania (16.1 kg) and America (13.3 kg). If the mass of WEEE (waste of electrical and electronic equipment) increases so vertiginously, it is for three main reasons: high consumption of electronic goods, an increasingly rapid renewal rate and a low repair rate.

According to Ademe, the number of smartphones sold each year in the world has multiplied by 12 for 10 years. In France, for example, a home has on average 99 devices! And only 38% have them got repaired when they break down, according to an Ifop study carried out for the Ministry of Ecological and Inclusive Transition.

Of the 53.6 million tons of electronic waste produced in 2019, only 9.3 million are collected and recycled, or 17.4%. Fortunately, the figure is higher in Europe (42.5% recycling), but in developing countries, where there is no regulatory sector, the vast majority of used devices are cremated, buried or abandoned in garbage dumps.

In Africa, the collection and recycling rate does not exceed… 0.9%. A huge waste when you know that phones, computers, cameras, batteries, capacitors or batteries contain up to 69 elements, recalls the report, including precious metals (gold, silver, platinum), critical materials (tin, zinc , copper) and other recoverable metals (iron, aluminum). 25 million tons of raw materials estimated at 57 billion dollars go up in smoke or rust in the fields.

Electronic waste is also the subject of intense transnational traffic. Since the Basel Convention which entered into force in 1992, it has in principle been prohibited to export hazardous waste to third countries. But this is not applied everywhere (the United States is not a signatory, for example) and the report estimates that 7 to 20% of WEEE is shipped illegally or as second-hand products to less developed countries.

In Africa and Asia, thousands of used objects are disassembled and burned in order to recover the copper or the components. Work often carried out by children exposed to the toxic fumes given off by plastic.

Electronic waste causes many other health harms. Heavy metals and other toxic substances pollute rivers and contaminate the entire food chain. More than 50 tons of mercury and 71,000 tons of BFR (brominated flame retardants) end up in the wild every year, the report said. The equivalent of 98 million tons of carbon dioxide from refrigerant gases are also released into the atmosphere, the equivalent of Belgium’s annual emissions.

Fortunately, there is good news. After China, Malaysia and India have closed their doors to imports of plastic waste. There is also a slowdown in the renewal cycle for certain products. In Europe, consumers keep their smartphones 26.2 months on average in 2018 against 23.4 months in 2016, notes the Kantar Worldpanel institute. Alas, this is not really out of ecological conviction, but rather because of their increasingly high price. 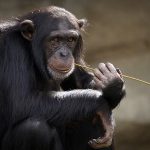 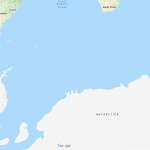