The observation of the star HL Tauri through the network of radio telescopes ALMA (Atacama Large Millimeter Array) marks a new stage in the precision of images in astrophysics. Around this young star, about a million years old and about 450 light years apart, we can clearly see furrows in the protoplanetary disc, perhaps dug by planets. Astrophysicists did not think that planets could form so quickly. Models of planetary system formation may need to be reviewed.

ALMA is an international observatory located 5,000 meters above sea level in the Atacama Desert in Chile. It includes 66 radio antennas, the last of which was installed in the summer of 2014. For this image, the signals collected by antennas 9 miles apart for the most distant have been combined. The result is a resolution on the order of five times the Earth-Sun distance. The observation in the millimeter wave range made it possible to pierce the envelope of gas and dust opaque to the visible light which surrounds the star.

Indeed, a star is formed by the gravitational collapse of a cloud of gas and dust. In the center, the accumulation of matter gives birth to the star, and the rest of the gas and dust is distributed in a disc, called protoplanetary. In this disc, molecules and grains collide, agglomerate and form clusters the size of pebbles, then rocks, to give comets, asteroids and finally planets.

In this image obtained by ALMA, we can clearly see grooves in the protoplanetary disc that surrounds HL Tauri. They are most certainly hollowed out by planets, which capture, thanks to their gravitational field, the matter encountered in their orbit. However, according to current models of planetary system formation, HL Tauri is too young to have several planets. HL Tauri’s system may well have formed faster than expected.

How to explain the early formation of these planets? Several avenues are being considered. The very massive protoplanetary disc – about 100 times the mass of Jupiter – could be unstable. A planet could therefore have formed quite quickly by a local collapse of matter. Another possibility is that strong magnetic fields are present in the disc and influence its dynamics and therefore the formation of planets. But the existence of such fields and their impact remain to be proven. The large number of grooves observed in the disc of HL Tauri could also be the consequence of gravitational resonances linked to the presence of only one or two planets, which destabilize certain regions of the disc to the point of forming empty grooves. This image of ALMA shows that astronomers still have a lot to discover about young protoplanetary systems and the formation of the Solar System! 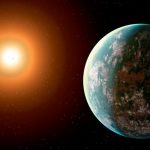 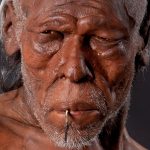