An extinct tequila splitfin fish (Zoogoneticus tequila), which had been proclaimed extinct after its disappearance in 2003, has been successfully reintroduced into the wild.

Despite the fact that the species had been extinct for decades owing to pollution and the introduction of alien species, a team of conservationists was successful in reintroducing it to a river in Jalisco.

Early this year, conservationists from Chester Zoo in England and Michoacana University in Mexico successfully reintroduced the freshwater tequila fish into Mexico’s Teuchitlán River, which had previously been closed to the species.

The success of the operation is primarily due to the efforts of the people who reside in the surrounding area and have been tasked with monitoring the water quality of the nearby rivers and lakes.

This is the first time that an extinct species of fish has been successfully reintroduced into Mexico, according to Omar Dominguez, from the Michoacana University of Mexico, whose team conducted the experiment.

The tequila splitfin fish was deemed extinct for more than 18 years. In spite of this, specialists were able to transport 10 fish to the Michoacan University of Mexico in an effort to save the species’ extinction because of a tiny population that exists right in Chester.

Researchers from the Universidad Michoacana de México’s Aquatic Biology Unit got five pairs of fish from the Chester Zoo in 1998, marking the beginning of their collaboration. Ten fish created a colony inside the university laboratory, which scientists were able to keep alive and spread for the following 15 years thanks to their efforts.

The release of 40 females and 40 males from a laboratory tank into big artificial ponds, which approximated a semi-natural setting, was carried out while conservationists prepared for the species’ reintroduction into the wild.

In the artificial ponds, scientists estimate that the tequila fish population has expanded to around 10,000 individuals after four years of existence. Approximately 1,500 fish were collected from these ponds and released back into the environment.

Following the discharge, experts reported that the fish were prospering and had even begun reproducing in the river.

More than 1,500 fish have been returned to a variety of springs in southern Mexico, and the most recent data indicate that they are thriving in their new environment. Flag of Mexico with both hands raised. Local kids have even been motivated by the effort to safeguard the waterways and the wildlife that reside in them, according to the red heart. 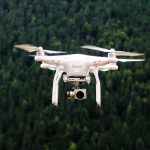 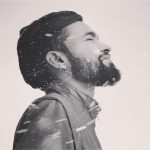