Hemophobia refers to the fear of blood. This phobia, which results in a visceral fear of blood, is one of the most frequent in the population. According to the WHO, blood phobia is the third most common phobic condition in the population. Without appropriate care, this psychiatric condition can quickly turn out to be disabling, especially if certain medical care is required.

Hemophobia is the fear of blood. This name is the contraction of two words: “hemo” (from the Greek which means “blood”) and ” phobia ” for fear.

Thus, hemophobia is described as being an excessive fear of anything akin to blood. This suggests that this phobia does not at the sight of a drop of blood but goes much further in some cases: the fear of getting hurt, of seeing someone get hurt, blood in real life or not, for example, on television.

This fear can, moreover, be truly disabling when the patient has to undergo an operation suggesting bleeding, undergo a blood test, or simply go to a hospital for various reasons where the sight of blood is frequent.

To this day, the exact causes of hemophobia are still unknown. There are various theories to explain this disorder.

The first theory is that of childhood trauma, as in the vast majority of phobias. Thus, a trauma experienced in childhood, for example, an accident, a vaccination, or a bad blood test, could later turn into a mental disorder. An exaggerated fear of death and loss of all blood may also explain, in part, hemophobia.

Disorder of the reptilian brain

Another theory exists and can be seen as complementary to the first: that of the neurosciences which explain that any phobia is due to a disorder of the reptilian brain which believes itself in danger of death in banal situations. The latter sends an adrenaline rush (at the origin of all the symptoms of the phobic reaction) when it judges a situation at risk.

The reptilian brain exists in order to protect itself from a future danger, it memorizes all the information, internal (imagination) and external (via the senses), that it receives. Its sole purpose is to keep us alive. To do this, it constantly scans the environment and compares it with what it already knows. As soon as it detects information that it has already labeled as dangerous, it sends an alarm to the body: it’s the adrenaline rush.

In some cases, hemophobia is easily attributable to a traumatic event of the patient, for example when the patient has witnessed a serious accident. However, in the vast majority of cases, the origin of the disorder is not so obvious. It is sometimes impossible to identify with precision.

Hemophobia is manifested in patients by various symptoms, the first of which is the drop in heart rate, unlike all other phobias which are the cause of tachycardia (increased heart rate) uniquely. The symptoms of hemophobia directly depend on the degree of the phobia itself. Some patients will feel unwell when in direct contact with blood, while others cannot stand watching a TV report with blood perfusion, for example. In general, whatever the circumstances that trigger the crisis, we can describe two different phases:

The patient may also have stomach aches, dizziness, nausea, or even vomiting. He or she may start to shake and turn pale. Often, great fatigue sets in as well.

Others, as is often the case with many phobias, adopt an avoidance strategy and refuse any treatment, even when necessary. This results in avoiding blood tests, blood transfusions, but also certain hobbies or activities considered “at-risk” as well as various objects that can cause blood loss (for example, knives and needles).

The diagnosis of a phobia is based on the study of the symptoms presented by the patient. The questioning of the patient is essential because it can provide clues on a potential traumatic origin of the phobia. The suffering described by the patient as well as the existence of avoidance strategies are both considered.

Phobias, including hemophobia, are psychological disorders. The first-line treatment is therefore psychotherapy, more particularly behavioral psychotherapy (CBT). This type of therapy is aimed at solving current problems in the patient while taking into account their causes and history.

It is based on 3 fundamental principles: interactivity (the patient is an actor in their treatment, he must invest themself), pedagogy, and collaboration.

Once the therapist has identified the origin of the suffering in their patient, they work together to develop realistic and concrete goals and decide on the methods by which they will be achieved. The objective here is to make the patient an actor in their recovery by gradually desensitizing themself from the anxiety-provoking situations.

The patient must then be motivated to face their fears in order to overcome them since their method is based on the controlled exposure of the patient to his anxieties. The results of their therapy are visible after just a few weeks of treatment.

CBTs are brief therapies usually lasting a few weeks to several months. The duration of therapy may vary depending on the length of time and the severity of the disorder. Behavioral therapy would, in effect, be the most effective, according to numerous scientific studies, in the management of hemophobia, and more generally in all phobias.

If the patient wishes to do a more in-depth work on themself in order to discover the origin of his phobia, he can experiment with a longer analytical therapy. However, for this, there must be a trauma that can be linked to the hemophobia. Hypnotherapy can also be used in this context.

Medication is, in most phobias, used only occasionally to relieve symptoms related to anxiety. The drugs used are anxiolytics or antidepressants. Other techniques can be effective on hemophobia or phobias in general, for example, hypnosis, certain relaxation techniques, or acupuncture. 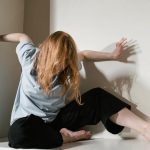 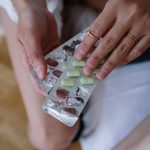