Claustrophobia can be defined as a feeling of anxiety linked to a fear of being enclosed in a confined space or an oppressive situation. This disorder results in more or less frequent anxiety attacks, sometimes disabling.

Claustrophobia is an intense fear of confined spaces, the elevator, for example. Public transport, especially the metro, are places that are often feared by people with this mental disorder. Planes or trains can also be a source of discomfort. Sometimes, the fear also extends to isolated rooms in a house, such as an attic or cellar.

Claustrophobia can be qualified as a situational neurosis, triggered by being in:

Although a panic attack manifests itself in a similar way in all people with claustrophobia, the origin of the disorder can vary. It can be linked to:

Claustrophobia is a special form of agoraphobia. The latter is a so-called “complex” phobia since it refers to a notion of anticipation of fear in the patient. Indeed, in agoraphobia, the latter anticipates the discomfort he might have and accumulates negative ideas.

In confined spaces, someone with claustrophobia will experience a feeling of suffocation, of lack of air. In general, claustrophobia causes various symptoms similar to those of a panic attack:

Good to know: A phobia can manifest itself at any point in an individual’s life. It can also pave the way for more serious psychoses such as schizophrenia or depression.

The symptoms of claustrophobia can be similar to the manifestations caused by other pathologies. Thus, the doctor will perform many examinations in order to correctly diagnose this phobia.

Individuals with this mental disorder will develop flight behaviors and seek to avoid situations that cause attacks. It is therefore not uncommon for claustrophobic people to prefer to walk up several floors rather than using the elevator, or even to prefer to extend their journey instead of taking the plane or the train.

Treating claustrophobia is a long-term job requiring the expertise of a specialist. Indeed, this disorder can be cured through psychotherapy sessions. These therapies make it possible to determine the origin of the attacks in order to offer the patient the most suitable treatment.

Virtual reality therapy is a therapy that puts the patient in front of the object of their fear during simulations in a video game. This technique allows the patient to gently tame their anxieties.

Relaxation sessions can be offered. They are based on yoga techniques. Breathing is the element worked on in order to allow the patient to better manage stressful situations and to better control his emotions.

Cognitive-behavioral therapy (CBT) consists of gradually confronting the claustrophobic with their fears so that they learn to get rid of them.

Hypnosis sessions can also be offered to the patient. This method allows the patient to let go, and make them agree to stop fighting the phobia.

Finally, the symptoms linked to the anxiety of claustrophobia can be alleviated by acupuncture or the use of essential oils (herbal medicine ).

Antidepressants may be necessary in case of severe damage. 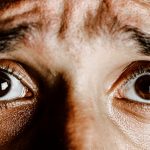 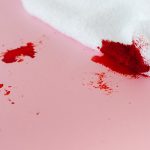 Next post Hemophobia or fear of blood: what causes it and how it is treated
0 Shares