HIV infection can be treated today, but it is not curable. Those who carry the AIDS virus have to take antiviral drugs every day. But now researchers have developed a new drug that only needs to be injected under the skin once every six months. In addition, this agent does not use an enzyme of the HI virus, as previous therapies, but on its capsid – the protein shell that includes the genetic material of the AIDS virus. This prevents the infusion of viral DNA into the cell nucleus of the host cell and thus inhibits virus reproduction. In a first clinical study, the drug christened GS-6207 has now been shown to be tolerable and long-acting.

In the US, more than 1 million people live with HIV infection, worldwide there are more than 30 million. In contrast to the 1980s, the diagnosis of HIV is no longer a death sentence, because there are now drugs that effectively inhibit the propagation of the HIV virus in the body. Some of these therapies even work so well that the viruses are no longer detectable and HIV-infected people are therefore not contagious even with unprotected sex.

But in order to achieve such an effect, sufferers must take these drugs daily, usually a whole cocktail of different active ingredients. This requires a lot of discipline and also causes side effects. In addition, the development of resistance remains a major issue. Scientists have therefore been looking for active substances for some time that have a more persistent effect and need to be taken less frequently.

John Link of Gilead Sciences and his colleagues may now have found such a remedy. As part of their work, they have searched for molecular agents that do not start with one or more enzymes of the AIDS virus, as previous drugs, but at its capsid. This protein capsule envelops the viral genetic material and plays an important role in injecting viral DNA into the cell nucleus of the host cell.

“The correct formation and integrity of the capsid are therefore essential for the infectivity of the virus,” the researchers explain. However, the active substance GS-6207 they develop binds to the proteins of the HIV capside and thus interferes with its function. As a result, the virus can no longer freely inject its genetic building instructions into the nucleus. In cell culture experiments, relatively low concentrations of the agent were sufficient to deform the viral capsisides and thus prevent the formation of new functional HI viruses.

In further laboratory experiments, GS-6207 proved to be effective against all tested strains of HIV-1 and also against two variants of the subtype HIV-12, which is mainly found in West Africa. Because the active substance starts at a different point in the propagation cycle of the HI virus than previous drugs, it also inhibits the virus strains that are already resistant to the usual therapies, as Link and his team report. “When GS-6207 is combined with other antiretroviral agents, it shows synergy effects and demonstrates its suitability for combination therapies.” Such a combination of substances with different mechanisms of action and starting points is considered the most effective way to suppress the development of resistant virus variants for as long as possible.

In order to test the suitability of the new drug for therapy in humans, Link and his colleagues have already conducted a first Phase 1 clinical trial. It was used to check the tolerability and activity profile of a drug in the various tissues of the body. For this purpose, 32 healthy subjects received a single injection of GS-6207 under the skin, and eight more received a placebo. As the researchers report, the drug proved to be well tolerated, only in some subjects there was temporary pain and redness of the skin at the injection site. The results on the effect profile were also positive: At a dosage of 100 milligrams or more, the agent remained detectable in the body for at least twelve weeks in a sufficient concentration for virus inhibition. At 300 milligrams, the range of action was even more than 24 weeks. This confirms that GS-6207 is only slowly degraded and can therefore have a long-lasting effect.

Link and his team have already tested whether and how well GS-6207 can inhibit the propagation of HI viruses in humans in a complementary pilot study. In the process, 24 participants with an untreated HIV infection were injected with different doses of the drug. Nine days after injection, the viral load of these subjects had already been measurably reduced, as the researchers report.

In their view, these results confirm that GS-6207 is suitable for long-acting therapy against the HIV virus – and as a good addition to the drugs already available. “Because GS-6207 only needs to be administered subcutaneously at large intervals, this would also be an attractive candidate for simple HIV prevention in high-risk populations,” Link and his colleagues say. However, until that happens, further clinical studies must now examine the appropriate dose and the effect of the drug. 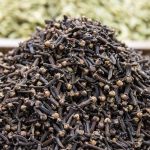 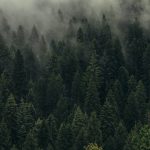 Next post Forest clearing in Europe has been increasing
0 Shares