Fish described as fatty are particularly rich in omega-3, a fatty acid that is beneficial for several body functions, including the cardiovascular system. These benefits are confirmed and the amount to consume is specified.

The term fatty fish covers a series of species such as tuna, sardines, salmon, mackerel, anchovies, and trout. The high omega-3 content of their flesh (and oils) is explained by their diet very rich in microalgae, the only plants capable of synthesizing omega-3 EPA and DHA.

With or without cardiovascular disease

The benefits of omega-3s for the cardiovascular system have been studied for many years, with convincing results. In this context, the consumption of oily fish is obviously taken into account, as is that of vegetable sources of omega-3 (think of nuts and linseed, and rapeseed oils).

Regarding fish, a Canadian team (McMaster University) compared the results of four major international studies involving a total of some 200,000 participants (as many men as women, with an average age of 51 years). The intention was to find the “ideal dose” of fatty fish per week for heart benefit. The follow-up included patients with cardiovascular disease (or at high risk of suffering from it) or people without a history of this type.

Analysis of the data, therefore concerning a very large and diverse population, indicates that the optimal consumption of oily fish should be around 175 g per week or the equivalent of two servings. And it turns out that it is especially patients at high cardiovascular risk who derive the greatest benefit from omega-3 provided by these foods, in terms of prevention of major heart attack (including myocardial infarction) and associated mortality. In the absence of high cardiovascular risk, the preventive effect is more modest.

From a nutritional standpoint, lean fish is interesting for many reasons, but not for their – minimal – omega-3 intake. Recommendations suggest eating at least two servings of fish per week, which can be divided at a minimum by one serving of oily fish and one serving of lean fish. To supplement the omega-3 intake, vegetable sources (including oils) are very useful. 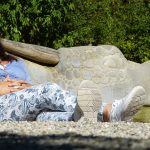 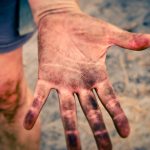