Menopause is an important turning point in a woman’s life. Usually occurring around the age of 50, it coincides with the end of the reproductive period. Sometimes it brings its share of changes and inconveniences that you need to be aware of in order to be well prepared.

In women aged 45 to 55 on average, menopause is a natural physiological process, that is, an obligatory stage in aging. It consists of a stop of ovulation due to an exhaustion of all the primordial follicles located in the ovaries which are responsible for the release of oocytes in the uterine tubes. There is therefore a permanent cessation of periods and therefore menstrual cycles because of the cessation of estrogen secretion. Menopause is confirmed with certainty after a period of absence of menstruation of 12 consecutive months.

Am you reaching menopause?

The first symptoms can appear years before the onset of menopause, this is called perimenopause.

It results in irregular cycles, first shorter and then longer. In a “normal” cycle, a woman secretes first estrogen, then progesterone after ovulation.

In perimenopause, there is too much estrogen production. Since women no longer ovulate regularly, they are found in excess in the body, causing breast tension, feelings of swelling and heaviness as well as very heavy periods, then less abundant and less regular.

Hot flashes affect nearly 3 out of 4 women aged 48 and over. These are sudden surges in body heat, which can occur day or night and are accompanied by flushing of the face and chest, sweating and sometimes dizziness, tingling and palpitations. These hot flashes start in perimenopause and sometimes last for several months, sometimes for years.

In perimenopause, the metabolism changes and losing weight becomes more difficult, as the metabolism slows down and the drop in estrogen promotes the accumulation of fat in the belly.

On the other hand, this hormonal deficiency amplifies food compulsions (sugar, fat). Hence the importance of eating a balanced diet and exercising!

The gradual decrease in estrogen is once again responsible for the onset of a certain lack of energy, even severe fatigue, which begins during the period of perimenopause. Indeed, hormones play an “anti-fatigue” role on the brain, a significant decrease or increase of hormones will have an impact on our mood.

Sleep disturbances can also accompany this lack of energy.

It is estimated that at menopause, about half of women complain of reduced vaginal lubrication and decreased clitoral sensitivity. Even more of them would experience a decrease in their sexual desire as soon as their periods stopped.

Once again, low libido and vaginal dryness are linked to the drop in hormones.

During or before menopause, a woman can also suffer from:

Keeping in mind, apart from stopping menstruation, not all of the above disorders are constant and may affect some women more or less or not at all. Many women do not have any of these symptoms.

If these symptoms appear, a consultation with your gynecologist is also recommended. The latter will then be able to advise you on an appropriate treatment to alleviate these symptoms and considerably improve your quality of life. In addition, regular physical activity is an additional boost in reducing stress and anxiety. 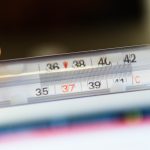 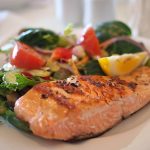 Next post How much fish should you eat for omega-3?
0 Shares