Huntington’s disease is an inherited, incurable neurological disorder that gradually destroys brain cells in the striatum, a part of the brain that plays an important role in transmitting information for higher and more complex brain processes. The disease is progressive, in that it causes progressive deterioration.

Huntington’s disease (sometimes called Huntington’s chorea) is one of those rare conditions for which there is no cure yet, although the symptoms can be relieved. Hereditary children of a parent with Huntington’s disease have a 50% risk of suffering from it in turn. The disease can be detected by genetic testing even before the first symptoms appear.

It is a neurological disease in which certain brain cells die. It is caused by a DNA problem, specifically an abnormality of one gene (the Huntington gene) on the fourth chromosome. Normally, the disease develops between the ages of 35 and 45, but there is a rarer form that begins at a younger age. Huntington’s disease is estimated to occur in 1 in every 10,000 people in the United States.

The first symptoms are often subtle and therefore difficult to recognize.

At first, patients experience small, involuntary movements, have mild difficulty walking, and present with mental problems such as restlessness, irritability, feelings of depression, difficulty concentrating, and memory loss. In the rarer form that affects younger people, muscle stiffness is an important symptom.

The symptoms gradually worsen over the years. Uncontrollable movements become more and more apparent and they make daily activities, such as walking and writing, more and more difficult. Talking and swallowing also becomes a challenge. Mentally, the disease can lead to lethargy, compulsive and aggressive behavior, dementia, delusions, and major personality changes.

Patients with Huntington’s disease live an average of 17 years after the onset of symptoms (10 to 15 years for the juvenile form of the disease). In the late stage, they are unable to walk and speak and they are no longer aware of their surroundings. Because they become completely dependent on care, they are often admitted to a specialized institution.

Unfortunately, it is still not possible to stop or slow down the disease, but there are different treatments available to combat the symptoms.

Thus, certain medications can help reduce the involuntary movements and psychological problems such as anxiety and depression. Due to the complexity of the disease, advice from different healthcare professionals is needed. In addition to the neurologist and psychologist or psychiatrist, it is usually necessary to resort to a physiotherapist, speech therapist, dietitian and nursing care.

When symptoms occur, Huntington’s diagnosis can be confirmed with a DNA test. But if there is a family history, this can be done before the person feels anything. This way, the person can know not only if they will develop the disease, but also if their children are at risk. It is also possible to perform a prenatal test, around the twelfth week of pregnancy, by removing villi from the placenta. 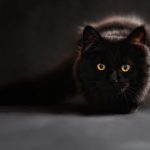 Previous post Why is my cat acting weird? He or she may be stressed... 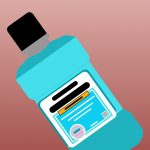 Next post Are mouthwashes good for your mouth?
0 Shares