Pregnancy (or gestational) hypertension is defined as blood pressure greater than 140/90mmHg. If protein is present in the urine (proteinuria), it is called pre-eclampsia. Both of these situations should be monitored very carefully during pregnancy, as both can have severe or even dramatic consequences (especially with preeclampsia), both for the pregnant woman and for the fetus. It is estimated that hypertensive pathology of pregnancy, regardless of its form, affects about 10% of pregnancies. It is the most common complication of pregnancy.

The treatment of hypertension in pregnancy refers above all to rest, as well as to taking antihypertensive drugs, with regular medical examinations to monitor the evolution, in particular to quickly detect possible proteinuria. But what about after childbirth?

We know that hypertension in pregnancy increases the risk of developing high blood pressure. To further refine this association, a British team (St George’s University of London) looked at data from some 8,000 mothers, about a third of whom had developed pregnancy-induced hypertension or pre-eclampsia.

As summarized by Dr Catherine Vicariot (International Journal of Medicine): “These results confirm the need for early cardiovascular management of women who have developed hypertensive pathology of pregnancy”. This treatment is based first of all on close monitoring, hygiene and diet recommendations (diet, tobacco, physical exercise, etc.), and where appropriate, when the diagnosis of high blood pressure is made, the administration of drugs. 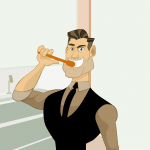 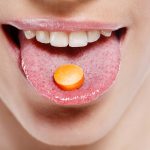 Next post MDMA could help fight against alcohol addiction
0 Shares