Hair loss, medically called “alopecia”, is often a source of concern. What are the causes? What can you do if you are going bald? Can you stop it? Are there medical solutions? What to eat to remedy the problem? We’ll answer your questions in the article.

How does the hair grow?

All human beings lose hair during their lifetime; this is a normal process. Hair capital decreases throughout life. Thus, a 60-year-old woman has half the hair she had at the age of 15. In other words, hair does not live the entire life of an individual but has a life cycle of 5 years; after which it dies and falls. Each hair follicle has up to 20 hair cycles. So don’t worry too much about falling hair: it will most of the time be replaced. Each cycle consists of 3 phases:

During the anagen phase, the hair is growing. On average, they grow 1cm per month. But there are variations depending on gender (women’s hair grows a little faster than men’s) or season (hair grows faster in summer than in winter). The duration of the anagen phase also varies with gender: it lasts 4 to 6 years in women, compared to 2 to 4 years in men.

During the catagen phase which lasts 3 weeks, the hair stops growing. Indeed, the hair follicle which surrounds and nourishes the hair root is no longer active.

The telogen phase: the hair falls out

During the telogen phase, the hair in the growth stage will gradually push towards the surface of the scalp, the hair whose growth has stopped. Thus, the dead hair is replaced by new hair. This phase of hair loss lasts 1 to 3 months.

Sometimes, hair loss accelerates and is no longer compensated by proportional regrowth: this is called alopecia. It is estimated that a loss of over 100 hairs per day over a long period (several months) is an abnormal loss.

Baldness or androgenetic alopecia is a thinning of the hair. It is localized to the forehead in men and more diffuse in women. Unlike seasonal falls which are sudden, these alopecia are progressive. The causes are both hereditary and hormonal. Some hair, being abnormally sensitive to male hormones, gets renewed more and more quickly, and the phases of loss accelerate.

A simple pull test may allow you to know if your hair loss is indeed abnormal. Run your hands through the hair, spreading your fingers apart like a large comb. If more than 20 hairs remain between the fingers, the level of loss is abnormal.

Fall and spring promote hair loss. All furry animals, including humans, molt at the start and end of winter. In September-October, many people experience some hair loss. However, this is a normal process that should not be a cause of concern.

A diet that is too strict can also be the cause of alopecia. The tissues of the body which renew themselves the fastest are the most impacted by such a diet. However, the hair renews itself very quickly. These diets can lead to deficiencies (zinc deficiency, magnesium deficiency, calcium deficiency, and especially iron deficiency), themselves responsible for an acceleration of hair loss.

Stress and depression are other possible causes of alopecia. They can be the cause of alopecia areata, which is a special form of hair loss, or bleaching of the hair because white hair falls out last. This was the case with French Queen Marie-Antoinette, whose hair turned white before her execution. Other causes of alopecia areata exist, especially in the event of dental problems.

Causes of hairloss in men

The most common type of hair loss is male pattern baldness. It is a normal and physiological phenomenon that affects almost half of men in adulthood. In men, the hair or pilosebaceous follicle is sensitive to the action of androgens, which cause the hair follicle to die under the action of DHT or dihydrotestosterone.

Receding hairline is often a symptom of male pattern baldness, the main cause of which is genetic. People with male pattern baldness have inherited hair follicles with a higher sensitivity to dihydrotestosterone (DHT), a hormone responsible for many of the biological characteristics of men.

25% of men with male pattern baldness begin to experience the first signs of thinning hair before the age of 21, and by age 50, almost 85% of them have seen significant acceleration of the phenomenon.

Causes of hairloss in women

This phenomenon can also occur in women, although a bit less strongly. In women, genetics also play a part. But we do not know, to date, the genes involved. There may also be other causes of baldness, including alopecia areata which manifests as patches without hair in parts of the skull or all over the head.

As mentioned above, iron deficiency – which is expressed by a low ferritin level and which occurs most often in women with very heavy periods, can also be a cause of hair loss.

Finally, telogen effluvium can occur after pregnancy causing women to lose their hair quite profusely. This phenomenon, due to the synchronization of the follicles during pregnancy, is reversible: The hair will grow back.

Know your type of alopecia

As we see above, hair loss, alopecia, or baldness can have several causes. Different factors can be the cause of your hair loss. There are a few signs that indicate the onset of alopecia: the frontal area begins to recede and takes the shape of an m or a horseshoe. And the hairline recedes more and more.

The different types of male alopecia:

This concerns 90% of cases of hair loss. We observe a fall from the mid-thirties. It starts with a receding hairline. Androgenetic Alopecia is also known as “hormonal and hereditary hair loss”.

This type of alopecia is often caused by an autoimmune disease where the body attacks certain areas covered with hair (often the skull), seeing them as a threat. These attacks usually cause inflammation in the affected area and cause hair loss.

The affected areas may be of different sizes or shapes. But they are round or oval in most cases. Alopecia areata (AA) can appear over a shorter or longer period, with one side of the skull more affected than the other. About 1-2% of men are affected by alopecia areata.

The complete loss of hair on the scalp is also caused by an autoimmune disease. It is located halfway between alopecia aerate and Alopecia Universalis (total loss of hair all over the body).

It is difficult to find the exact cause of this type of alopecia. In principle, it affects young people under 40 years of age. But also those who have undergone chemotherapy. However, there is a chance that the hair will grow back if the condition is treated, but this rarely happens.

Early baldness is an androgenetic type of alopecia. It can occur as early as puberty. 16-year-olds can start experiencing hair loss, usually with receding hair. The loss of hair will start being noticeable by the early 20s.

Male pattern baldness itself in several stages. Usually, the hairline begins to recede above the temples and gradually moves up the top of the head towards the back.

You may lose all of your hair on the top of your head as this phenomenon progresses. A sparse central area may remain, giving your hair the shape of an M.

Some men keep the hair on the back and sides of the scalp after their hairline has receded, while others shave it off completely.

A doctor and more specifically a dermatologist will be the one diagnosing the hair loss. This diagnosis depends on the topography, i.e., the distribution and the location of the alopecia as well as the examination of the hair. There is also a technique called dermatoscopy, which allows the doctor to examine the hair and is particularly useful in alopecia areata because in the latter, the appearance of the hair is very characteristic: it is as if broken and looks like exclamation marks.

Diagnosis of hair loss in women

When a woman suffers baldness, the doctor will inquire about possible hyperandrogenism. The body produces too many androgens. This hyperandrogenism may be linked to disorders of the adrenal gland. The initial diagnosis of hyperandrogenism is made by hormonal testing during a blood test. The two other causes of female alopecia are androgenetic alopecia and frontal fibrosing alopecia. The latter also occurs in women in menopause.

Baldness has a major impact on the mental health and self-esteem of both men and women. This is why there is a multi-billion dollar industry with many solutions, more or less effective, to fight against hair loss. At an early stage, it is possible to slow down hair loss by using suitable cosmetic products: shampoos, lotions, serums… But when baldness sets in, they are no longer sufficient. Other solutions should then be considered.

In case of hereditary baldness, it is possible to undergo, on the advice of a doctor, drug treatment with minoxidil or finasteride. But to regain your full head of hair and keep it over the long term, the solution remains hair transplantation. Several methods are currently used: FUE, FUT, IFA … They all consist of removing hair follicles from the back of the skull and then implanting them in a recipient area. For a hair transplant with natural results, without scars, the DHI (Direct Hair Implantation) procedure is favored.

Finally, to hide your baldness, you can wear a hairpiece or a wig. You can also for micropigmentation, which consists of tattooing your scalp with fine dots that resemble natural hair. Keep in mind this is only an illusion that will require you to keep your head shaved to maintain an even appearance.

Other treatments such as hair light therapy or the injection of plasma rich in platelets also slow hair loss and promote hair regrowth.

In any case, if you want to say “stop” to your baldness, consult a hair specialist. After determining the causes of alopecia, he or she will guide you on the best solution to regain your hair.

While there is no way to prevent or stop frontal baldness, there are steps you can take to get the most out of your hair and help it look as thick and dense as possible.

Along with finding the right treatment, it’s also important to come to terms with your baldness or hair loss on an emotional level. To do this: 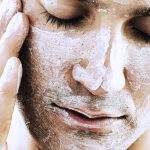 Previous post How to get rid of blackheads naturally and permanently 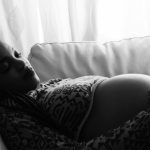 Next post How to improve sleep quality during pregnancy
0 Shares 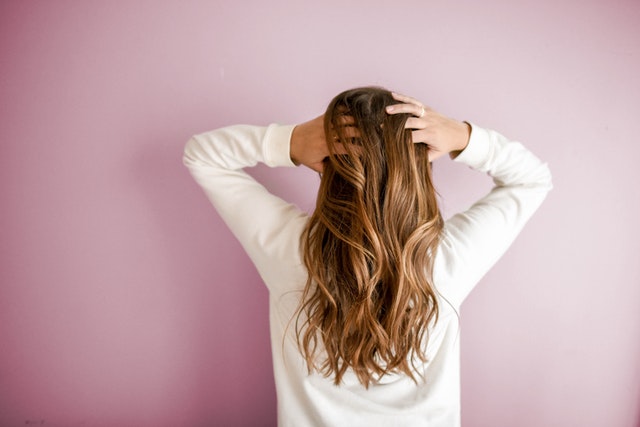 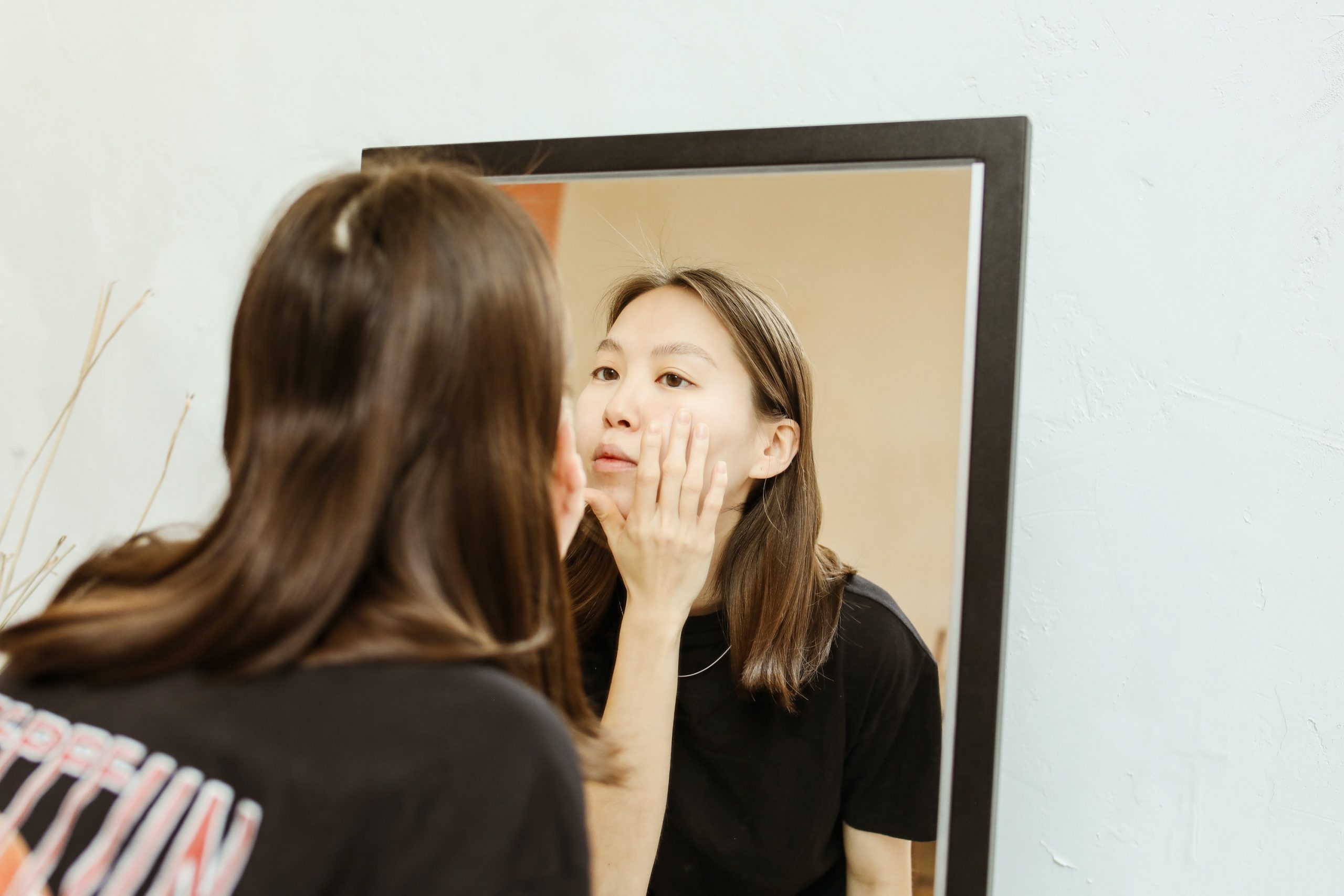 How to get rid of pimples (naturally & efficiently) 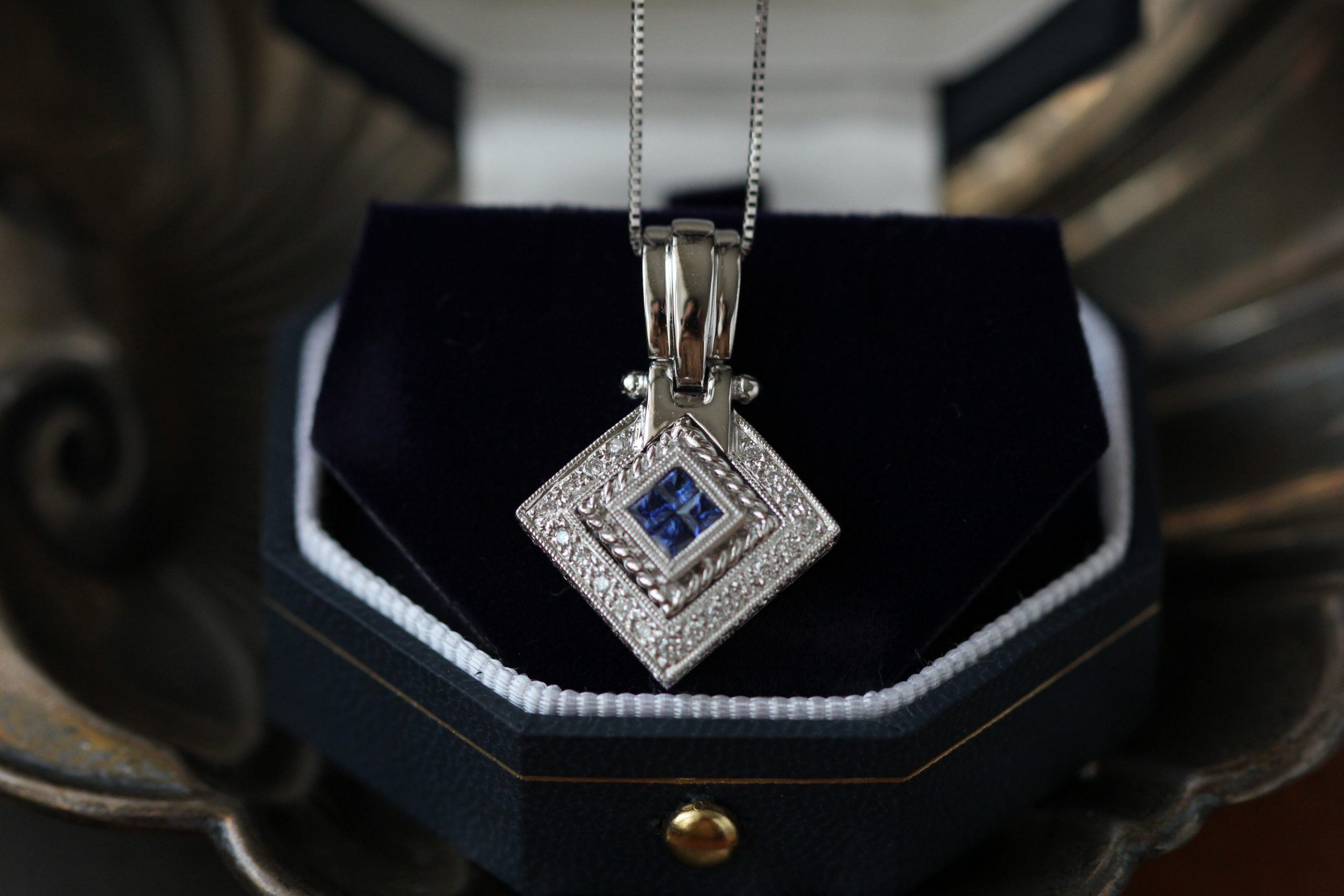