Coffee is one of the most popular drinks in the world. Every day millions of cups of coffee are consumed worldwide, and the coffee tree is cultivated in more than 70 countries. Globally, around 2 billion cups are drunk every day, as much for its stimulating and concentration-enhancing properties as for its unique flavor. But is coffee really good for you or should you avoid it altogether?

It is well known that coffee wakes you up and gives you energy. It is also rich in antioxidants, which are needed to protect your cells.

Numerous scientific studies have also shown that coffee can protect you from various diseases and boost fat burning. Coffee also contains various nutrients such as magnesium and folic acid.

However, coffee has its fair share of issues that issues. Let’s take a look at them.

First of all, the first problem with coffee is not the coffee itself but it is often the sugar that is added to it when the taste is found to be too bitter. When you consider that some people consume more than 3 cups of coffee per day, this sugar intake can quickly become problematic.

In fact, and ironically, the sugar in your coffee might negate the energizing properties often attributed to coffee. Indeed, when you consume sugar, you experience a surge in energy, but it also drops back down just as quickly, sometimes even lower than initially.

This is explained by the fact the pancreas will secrete insulin in large quantities to absorb the excess sugar in the blood and stabilize the blood sugar level. This insulin spike will then come down just as quickly and cause general fatigue.

Scientists have also found that sugar blocks the action of orexins, a hormone in the brain responsible for waking up and alertness.

One of the main advantages of drinking coffee is that it wakes us up. If you are feeling sleepy or tired in the morning, coffee will give you the extra boost you need to get your day started. However, for this same reason, coffee also tends to cause insomnia in people who drink it late in the day.

Its doping effect on the body promotes anxiety, restlessness, and insomnia. Coffee would even cause nightmares in the most sensitive subjects.

So yes, starting the day with a cup of coffee gives a good dose of energy, but know that this cup also contains all the elements to increase the heart rate, cause anxiety and increase blood pressure, which paradoxically; again, negates its energizing effect as it impairs motivation and promotes stress, preventing the consumer from relaxing.

A source of severe headaches

The caffeine in coffee is recognized for its healing effects during an occasional migraine, but larger and more frequent headaches may appear when a daily consumer suddenly stops taking it.

This is explained by the deprivation felt by the nervous system which enters a phase of withdrawal. Conversely, the stimulating effect of caffeine can cause migraines in people who are not used to drinking coffee.

For our health, it is recommended to drink plenty of water and foods rich in minerals. But a daily intake of coffee would affect the absorption of these minerals.

At the origin of this phenomenon, the elements contained in coffee absorb the iron present in the stomach and alter the functioning of the kidneys by preventing them from retaining calcium, magnesium, zinc, among other nutrients essential for good health.

Over time, our teeth lose their shine and become yellower and yellower due to a variety of reasons, coffee being one of the main ones. The very intense color pigments in coffee stick to the outer white part of the tooth enamel when you drink it frequently, making your teeth less than attractive.

Increases the risk of miscarriage and low birth weight

Even more worrying, recent studies, including one conducted in 2008 by the American Journal of Obstetrics and Gynecology, looked at the link between coffee consumption and miscarriage.

Consuming more than 200 milligrams of coffee per day during pregnancy would double the risk of premature death of a fetus or newborn than not drinking it. The same is true if the mother or her partner consumes too much caffeine in the weeks before fertilization.

According to a Norwegian study of nearly 60,000 pregnant women, the results of which were published in 2013, caffeine could also induce growth retardation in the fetus. Moms who consume between 200 mg and 300 mg of caffeine (or 1 to 2 coffees) are more likely to deliver a baby with a low birth weight than those who ingest less than 50 mg of caffeine per day.

Drinking too much coffee damages the digestive tract and may cause ulcers and other irritations in the gut or stomach. In addition, coffee causes irritability and anxiety in large doses, two emotional states that are dangerous for the organs of the digestive system.

Esophageal reflux is also part of the list of harmful effects of coffee. The esophageal sphincter must remain closed to prevent gastric juices and hydrochloric acids from backing up into the esophagus and damaging it.

However, coffee dilates this tube, just like sodas or other energy drinks containing caffeine.

If you drink coffee regularly, you probably have experienced the weaning symptoms that may occur when you stop drinking it, even within a day. Whether or not you have intentionally decided to avoid caffeine, withdrawal symptoms can be felt immediately.

If you experience very strong dizziness and nausea, you should see a doctor, but moderate withdrawal symptoms such as some irritability are harmless, yet terribly disturbing.

If you’re trying to get off caffeine, know that withdrawal symptoms don’t last forever. They usually go away after a few days and people feel better than when they used caffeine regularly. 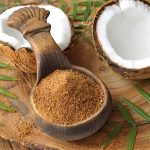 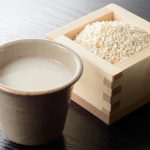