A British study found a recipe based on garlic, onion and wine in a book written between the end of the 9th century and the beginning of the 10th century, which it considers to have powerful antibacterial activity.

Making something new with old

British researchers at the School of Life Sciences at the University of Warwick have discovered in an early medieval grimoire a recipe that exhibits powerful antibiotic effects against resistant bacteria. The recipe is a mixture of onions, garlic, wine and bovine bile salts. The book is called Bald’s Leechbook, and was written between the end of the 9th century and the beginning of the 10th century. The scientists published the results of their research in the journal Scientific Reports on July 28.

The combination of ingredients

The potion has shown excellent results in suppressing biofilms, a particularly stubborn form of bacterial colonization that is resistant to conventional antibiotics. The elimination of a biofilm thus normally requires 100 to 1000 times more time than for bacteria circulating freely. Each of the ingredients naturally have antibacterial properties. Garlic and onion, for example, have allicin, a sulfur compound that is used by plants to defend themselves against insects and predators.

The key to the success of this elixir lies in the combination of all these ingredients. “Conventional drugs are often based on a single active ingredient,” notes Freya Harrison, lead author of the study. “Traditional remedies, on the other hand, often use mixtures of plants or other natural substances. Synergy probably results from molecules which optimize the mutual activity of the different compounds, or else from the different mechanisms of action of each of the ingredients. By purifying the individual compounds to obtain easily quantifiable and characterized treatments, we may be losing vital interactions of natural products in the original mixture that prevent side effects or toxicity. ”

Bald’s Leechbook is a little nest of medicinal recipes. Preserved at the British Library in London, it is one of the oldest known medical books. Recipes for ointments or even concoctions are legion. We can note a recipe based on a mixture of eggs, wine and fennel for frostbite and an aphrodisiac based on wild tea boiled in milk.

Other examples of ancient recipes that have emerged for their effectiveness abound. The team of researchers led by Freya Harrison is not at its first attempt. In 2015, they found an onion-based potion called “Bald’s Eye Drops” to be effective against Staphylococcus aureus. In China, artemisinin, an antimalarial drug derived from mugwort, was discovered after reading ancient texts. 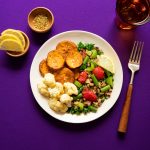 Previous post Diabetes and diet: what you should or shouldn't eat 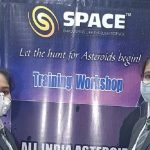