A recent British study indicates that mental health in adolescence and childhood influences certain biomarkers. These are markers for life in adulthood as well as life expectancy.

Mental health problems in childhood and adolescence have negative consequences later in life. Researchers at the University of London (United Kingdom) reached this conclusion as part of their study published in the Journal of American Medicine Association on September 30, 2020. The consequences are multiple: psychological distress, family instability, low level education, unemployment and tendencies to commit crimes.

Nevertheless, several parameters remain relatively little studied, such as the impact of poor mental health on biological health in adulthood. Links have already been established, in particular with low participation in sport, heavy consumption of alcohol and tobacco, as well as significant socio-economic adversity. In terms of mortality, links exist with suicide, overdoses, involuntary injuries or even homicides.

The study in question concerns the UK National Child Development Cohort. Originally, this included 17,415 individuals born in 1958. Parents and teachers rated their mental health using the Rutter A scale, a tool whose purpose is to quantitatively measure the difficulties and behaviors of children and adolescents.

After the evaluations, the researchers put forward four groups. The first involved individuals who had no conduct or emotional disturbance at all stages of their childhood and adolescence. At group II level, we have individuals who have had emotional and especially behavioral problems from the age of 16. Members of Group III are volunteers who had emotional and behavioral problems during childhood with improvement thereafter.

According to the researchers, group I only served as a benchmark. The results indicate that group II and IV members have biomarkers that are less favorable for good health in adulthood. This is accompanied by a higher risk of premature death. Several factors are added according to the researchers, such as gender, birth weight, maternal smoking during pregnancy, maternal age, breastfeeding or body mass index.

It should be noted that these results do not allow a firm causal link to be established. Indeed, the study concerns only one country. However, the authors believe that the causal link is plausible and generalizable to other cohorts. In any case, this study seems to say that by intervening more effectively in the mental health of young people, it would be possible to improve their lives in adulthood. 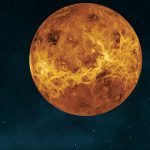 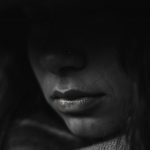