Many expectant mothers experience forgetfulness and difficulty in concentration during their pregnancy, unpleasant discomforts that can continue for a long time after birth. But American scientists are now assuring worried mothers that these memory problems are only temporary. A year after birth, a mother’s memory usually returns to normal and often even better than before.

Losing keys, forgetting appointments, not being able to keep attention on a conversation… that may sound very familiar to many expectant and new mothers. In many cultures, this phenomenon is often referred to as – rather exaggeratedly – pregnancy dementia. In English, we usually speaks of mommy brain.

Researchers wanted to find out if these effects were long last lasting or not. They found that while important changes do occur in the brains of expectant mothers during pregnancy, the changes however are temporary. For example, the hippocampus, a part of the brain that plays an important role in the storage of information, shrinks and the pregnancy hormone progesterone interferes with the functioning of memory. But a study by Purdue University in the US found that this change has no lasting negative impact on memory.

The scientists used a computer test to measure the reaction rate of 60 new mothers, whose children were at least one year old, and 70 non-mothers on the one hand. Both groups scored about as well in terms of the ability to recognize something new and to prepare for new information. The mothers were less likely to be distracted by conflicting information and were thus better able to stay focused.

The study therefore states that pregnancy does not normally affect women’s attentiveness and may even improve it lightly.

The scientists also highlight that in the weeks just after birth, new mothers experience hormonal changes and sleep deprivation–which has a strong impact on memory and concentration. That’s why they selected mothers who had given birth at least a year earlier. According to them, this is the first study of the long-term effects of biological motherhood on attention ability.

The scientists also suspect that this phenomenon is partly cultural and that mothers suffer the most from concentration problems and forgetfulness when they feel stressed, overloaded and unsupported. Economic and political instability could contribute to this, and at this particular time the covid-19 pandemic. The scientists are now planning for cross-cultural studies to examine the impact of views on motherhood and social support on the attention and well-being of mothers. 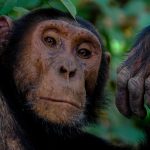 Previous post In chimpanzees gray hair does not mean old 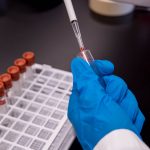 Next post HIV: a new molecule to prevent replication of the virus
0 Shares