At the center of our Milky Way is a black hole of gigantic proportions. The powerful radio source Sagittarius A* combines around 4.3 million solar masses and, according to current observations, has a diameter of around 60 million kilometres. If it were in the place of our sun, it would extend beyond Mercury’s orbit. It is now assumed that almost all spiral and elliptical galaxies have such a supermassive black hole. However, the analysis of gamma rays from distant galaxies has now shown that there may be some galaxies that harbor two such enormous gravity monsters.

An international team of astronomers has presented their new findings on the periodic gamma-ray emission of eleven active galaxies in the Astrophysical Journal. As the scientists have been able to demonstrate from data from decades of observations, these emissions are repeated on average almost every two years. The study paves the way for future studies of extraordinary galaxies that could have two supermassive black holes in their centers.

“We found that some of these supermassive black holes, known as active galactic nuclei, accelerate particles in bundled rays – so-called jets – to close to the speed of light,” explains Pablo Peil, lead author of the study from Complutense Madrid University in Spain. The emission of these jets can be detected throughout the electromagnetic spectrum, but most of their energy is released in the form of gamma rays observed with Nasa’s Fermi-LAT space telescope.

Active galactic cores are characterized by abrupt and unpredictable brightness fluctuations. It is not easy to recognize patterns in it: “The identification of regular patterns in these gamma rays is like looking at the stormy sea and looking for the tiny regular wave pattern caused, for example, by the passage of a small boat. It’s going to be very demanding very quickly,” says Mr. Pesil.

Thanks to a decade of Fermi-LAT observations, the team led by Peil was able to identify the repetition of gamma ray signals over cycles of several years. “Our study presents the most complete work to date on the search for the periodicity of gamma rays. It will help to gain insights into the origin of the enigmatic changes in brightness,” said Alberto Doménguez, co-author of the paper. “We have used nine years of uninterrupted LAT All Sky observations. Of the more than two thousand active galactic nuclei analyzed, only about a dozen are characterized by this fascinating cyclic emission.”

“Previously, only two blazars were known to show periodic changes in their gamma-ray activity. Thanks to our study, we can say that this behavior also occurs in other eleven sources,” says Sara Buson from the Julius Maximilian University of Würzburg. “In addition, our study found another thirteen galaxies with indications of cyclic emission, but to confirm this definitively, we have to wait for Fermi-LAT to collect more data.” According to the astrophysicist, this increase in the limited sample of periodic gamma-ray emitters represents an important advance in understanding the underlying physical processes in these galaxies.

With their study, the team has taken the first difficult step of identifying a large number of galaxies that periodically emit over years and trying to clarify what causes this periodic behavior in these galactic nuclei. “The next step will be to prepare observation campaigns with other telescopes to closely track these galaxies and hopefully decipher the reasons for these compelling observations,” said Marco Ajello of Clemson University in South Carolina, USA.

There are several possibilities in the discussion. These range from lighthouse effects generated by the jets to modulations in the flow of matter to the black hole. Another solution is that the periodicity is generated by a pair of supermassive black holes rotating around each other. “Understanding the relationship between these black holes and their environment will be essential for a complete picture of galaxy formation,” Ajello said. 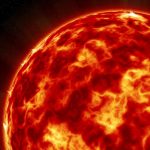 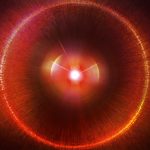