About four years ago, scientists came up with a particularly interesting theory: our solar system would consist not of eight but nine planets. That ninth planet – Planet X – is said to be at the edge of the solar system, about ten times larger than Earth. According to the researchers, this planet could well explain why some kuiper belt objects behave as they do. But a new study now makes planet X redundant. According to them, the strange orbits of the asteroids can also be easily explained without this hypothetical ninth planet.

The existence of planet X was suggested by Caltech scientists in 2016. The scientists did not have direct evidence of the presence of such a planet. But there were multiple clues to the existence of Planet X. The researchers pointed to six Kuiper Belt objects, all of which had elliptical orbits and followed the same direction in physical space. “The probability that this is a coincidence is only 0.007 percent,” said researcher Mike Brown. “In short, it can hardly be a coincidence. There has to be something that determines the course of these objects.” And that ‘something’ is according to Brown and colleague Konstantin Batygin so a heavy planet that is twenty times farther from the sun than Neptune.

In the new study, the researchers decided to examine the strange orbits of a number of dark and icy celestial bodies located at the edge of our solar system. Because while most celestial bodies in our solar system orbit our sun in a flat disk, the orbits of these icy worlds are tilted. Moreover, they appear clustered on only one side of the night sky, similar to a compass that points only to the north. And the researchers want to know why. In the end, they hope to find an answer to that one pressing question: are the strange orbits of the kuiper belt objects to blame on an as-yet undiscovered planet

However, it is not so easy to find an answer to this. That’s because the edge of our solar system is difficult to explore.” This area of space – which is so much closer to us than the stars in our galaxy that we can observe very well – is still very unknown to us,” says researcher Ann-Marie Madigan. And that’s actually not that surprising. “The problem is it’s so dark,” Madigan continues. “The only way to observe the objects is to have the sun’s rays shine on the surface and then watch them with our terrestrial telescopes. Because it is so difficult to learn about this area, it was long assumed that the area is empty.”

However, we now know that there are celestial bodies hiding in the still relatively unknown area. In the study, the researchers decided to use supercomputers to mimic the events at the edge of our solar system. And the team discovered something remarkable. The icy objects in their simulations first rotated in normal orbits around the sun. But over time, they began to pull together and push. As a result, their orbits got stranger, just like in real life. The most remarkable thing was that these objects did this all by themselves, without a large, mysterious planet involved.

It means that the asteroids that are at the edge of our solar system may have disrupted their own orbits. This may be the result of tiny shifts in gravity that have occurred over the past millions of years. “In itself, the gravitational interactions between these small celestial bodies are weak,” madigan explains. “But when you’ve had enough, it’s going to matter.”

The findings are promising. Because it means that no planet X is needed at all to explain the strange orbits of many asteroids at the edge of our solar system. However, the researchers are taking a beating. Because according to them, their results are only possible if the outer reaches of our solar system have ever contained vast amounts of objects. “You need celestial bodies of more than 20 earth masses,” madigan says. “This is theoretically possible, but this clashes with the beliefs of others.”

However, we do not have to wait long for the truth. The hope is for the Vera C. Rubin Observatory, which is still under construction, to become fully operational in 2022. This telescope will, among other things, observe the outer regions of our solar system. And that will shed new light on this now unknown vast area. “Much of the recent fascination with the outer part of our solar system is related to technological advances,” said researcher Alexander Zderic. “You really need the latest generation of telescopes to observe these distant celestial bodies.” 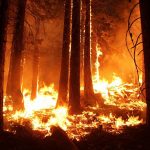 Previous post WMO warns, next 4 years will be even hotter 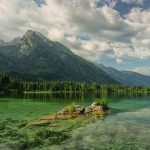 Next post Lakes are turning green in the US
0 Shares