The dwarf planet Pluto, and perhaps other large objects in the Kuiper belt, may have sheltered liquid oceans, shows a new scenario presented by American astronomers.

According to Professor Francis Nimmo and his colleagues at the University of California at Santa Cruz, the accretion of new materials during the formation of Pluto would have generated enough heat to create a liquid ocean which could have persisted under an icy crust until nowadays, despite the orbit very far from the planet which is in the cold regions of the solar system.

Five years ago, the New Horizons spacecraft passed 12,500 km above Pluto. His seven instruments made it possible to study the dwarf planet in detail.

Analysis of the collected images of the Tombaugh region suggests that there may be an ocean beneath its surface or that an ocean that is now frozen is found there.

The authors of this work, published in the journal Nature Geoscience (in English) (New window) envisage a scenario in which Pluto would have known a warm genesis which contrasts with the traditional vision of the origins of Pluto. According to them, Pluto would not always have been a ball of ice and frozen rock.

These scientists believe that the radioactive decay of the planet could have generated enough heat to melt the ice and form an underground ocean.

Pluto’s surface images from NASA’s New Horizons mission allow us to compare what we see with predictions from different thermal evolution models.

Researcher Carver Bierson, student of Professor Nimmo and first author of the study, explains that water expands when it freezes and contracts when it melts, so that the scenarios of hot or cold evolution of a star differ. This reality leads to notable differences in the characteristics present on its surface.

If Pluto had grown cold and the ice had melted inside, the planet would have shrunk. Characteristic signs of this compression would be visible on its surface, said Mr. Bierson in a press release published by the American university.

However, if it had grown hot, it would have expanded as the ocean froze and signs of expansion on its surface would be visible, adds Carver Bierson.

The second option seems to be confirmed.

We see a lot of signs of expansion, but we don’t see any signs of compression, so observations seem to show that Pluto started with a liquid ocean.

The oldest features of Pluto’s surface are more difficult to pin down, but there seems to have been both an ancient and a more recent extension of its surface, adds Professor Nimmo.

The question now is whether the energy available at the start of its formation was sufficient to allow the presence of a liquid ocean. The two main sources of energy at the time being the heat given off by the decay of radioactive elements in its nucleus and the gravitational energy released when materials bombarded the surface of the nascent protoplanet.

The authors’ calculations therefore show that if all the gravitational energy was retained in the form of heat, a liquid ocean could have been there initially. However, much of this energy would be released far from the surface, especially if the accretion of new materials was slow.

Pluto’s original formation is very important for its thermal evolution.

If the material builds up too slowly, the hot material on the surface emits energy into space, but if it builds up quickly enough, the heat is trapped inside, the researcher continues.

This theory also applies to other large objects in the Kuiper Belt that would have probably been warm at the start and may have known oceans. Oceans that could persist today 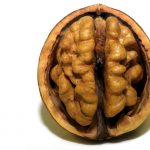 Previous post A well-known psychotropic substance could “quench” the brain 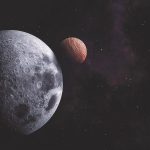 Next post Will NASA “fix a price” on the moon's ice?
0 Shares