Small, but powerful: Astronomers have discovered a white dwarf that is extraordinary in several respects. With a radius of 2,140 kilometers, it is the smallest of its kind – it is barely larger than the moon. At the same time, however, it is extremely magnetized and, at 1.35 solar masses, probably more massive than any other white dwarf. It could even still collapse into a neutron star, as the researchers report in the journal “Nature”.

White dwarfs are formed when a low-mass star has reached the end of its life cycle. In about seven billion years, our sun will first inflate into a red giant and then eject its shells. What remains is a smoldering core – a white dwarf. This cools down over time and can even crystallize in extreme cases. If it is part of a binary star system, it can also extract material from its companion until it explodes in a type Ia supernova.

But there is still a third way, as the white dwarf ZTF J1901+1458, which is about 130 light years away, demonstrates. It was discovered by astronomers led by Ilaria Caiazzo from the California Institute of Technology when they evaluated data from the Zwicky Transient Facility at Palomar Observatory in California. The first thing that stood out was that this stellar remnant rotates unusually fast: it takes only 6.94 minutes for one revolution, while most other white dwarfs need several hours to do so.

Even more unusual, however, are spectral analyses of its light. They reveal that the white dwarf has an extremely strong magnetic field. “Its magnetic field reaches 600 to 800 million gauss,” report Caiazzo and her colleagues. This means that this remnant is almost a billion times more magnetized than our Sun. In addition, with a surface temperature of around 46,000 Kelvin, it is also extremely hot, and astronomers estimate that it could even be 20 to 30 million degrees in its interior.

The smallest and heaviest of its kind

However, the white dwarf breaks a real record with its size and mass: with a radius of 2,140 kilometers, it is the smallest white dwarf known so far, as the astronomers report. It is only slightly larger than the Earth’s moon. But this also has consequences for its mass: “It seems paradoxical, but smaller white dwarfs are more massive than larger ones,” explains Caiazzo. “That’s because white dwarfs lack nuclear fusion, which stabilizes normal stars against their own gravity.”

As a result, twhite dwarves are extremely compressed. The smaller a white dwarf is, the less it can counter the compressing gravity and consequently becomes denser and denser. For ZTF J1901+1458, Caiazzo and her team determined a weight of 1.327 to 1.365 solar masses. “It could be the most massive white dwarf ever discovered,” they report. “Its mass is less than two percent from the highest possible mass for a white dwarf.”

But how did this small but heavy stellar remnant come about? When a star reaches this stage of its life cycle, it usually ends up in a much larger, lighter white dwarf. The astronomers therefore suspect that ZTF J1901+1458 is the product of a merger in which two white dwarfs in a binary star system first orbited closely and then collided. Astronomers discovered the first indications of such mergers in another white dwarf as early as 2020.

In the case of ZTF J1901+1458, this “dance of death” may also have given it its strong magnetic field and rapid rotation, as Caiazzo and her colleagues explain. If confirmed, the nearby white dwarf would be a good candidate to clarify some open questions about such events. “For example, we do not yet know what the rate of such mergers of white dwarfs is and how many of them end up in a type Ia supernova,” explains Caiazzo. “How the magnetic field is formed during these events and why its strength varies so much is also unclear.”

Will the white dwarf become a neutron star?

Also exciting: the “overweight” white dwarf could even become a neutron star – an even denser stellar remnant that normally only arises after the supernova of a massive star. “ZTF J1901+1458 is so massive and dense that electrons in its nucleus can be captured by protons, thus creating neutrons,” explains Caiazzo. “If a sufficiently large number of electrons were swallowed in this way, the star nucleus will collapse.”

The result would be a neutron star. “With a magnetic field of 20 billion gauss and a rotation period of 15 milliseconds, this newborn neutron star would then resemble a young pulsar,” the astronomers explain. This raises the interesting question of whether many of these fast, strongly magnetic neutron stars may not have emerged from the supernova of a heavy star, but rather from the merger of two white dwarfs – after all, these are the final stage for more than 90 percent of all stars in the cosmos.

The research team hopes to learn more about it soon. “The Zwicky Transient Facility is currently discovering many more such heavy white dwarfs. This could help us to better understand the origin and further fate of these objects,” the astronomers say. 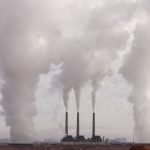 Previous post The efficiency of negative CO2 emissions may be overestimated 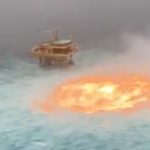