In order to achieve the very ambitious climate target of a maximum of 1.5 degrees of warming, carbon dioxide must also be removed from the atmosphere according to all climate scenarios. This can be done, for example, by increased afforestation or direct capture from the air with subsequent storage of the CO2 in the subsoil.

However, the removal of CO2 could be less effective than previously thought. This is the conclusion of Canadian climate researchers who have compared the effects of positive and negative CO2 emissions. They have published their findings in the journal “Nature Climate Change”.

Simply put, the extraction of one ton of carbon dioxide – a negative emission – should be able to compensate precisely for the effect of a previously emitted ton – the positive emission. But this assumption of a symmetrical efficiency only with inverted signs apparently falls short. The reason for this is the complex interactions that the carbon dioxide concentration in the atmosphere has on the global carbon cycle. Kirsten Zickfeld and her colleagues from Simon Fraser University in Burnaby have now used sophisticated Earth system models to simulate how significantly negative and positive emissions deviate from exactly symmetrical effects.

Kirsten Zickfeld’s team fed an Earth system model with different extraction and emission pulses between 100 and 1000 gigatons of carbon. 100 gigatons correspond to approximately ten times the annual CO2 emissions. The researchers then looked at the consequences of these negative and positive CO2 impulses on a time scale of up to 1000 years. The result: the removal of CO2 was less effective in reducing the CO2 concentration in the atmosphere than previously thought. The researchers found that more CO2 would have to be removed from the atmosphere in order to compensate for the effect of the PREVIOUSLY EMITTED CO2.

In their study, the researchers also examined the development of the mean global temperature according to the negative and positive CO2 impulses. Surprisingly, in scenarios with particularly large withdrawals and inputs of CO2, it was shown that the temperature per ton of removed CO2 drops more than it rises per ton emitted.

However, this discrepancy with the actually weaker effect of negative emissions on the CO2 concentration has not yet been clarified by the researchers. “The fact that the effect of CO2 emissions and CO2 reduction is not symmetrical is, to my knowledge, new and interesting, limited in this special field,” says Martin Claußen from the Max Planck Institute for Meteorology in Hamburg.

In order to serve as a basis for future climate protection measures, however, the concrete effects of negative emissions would have to be quantified even more precisely. In addition, the technologies for CO2 capture are only in an early development phase and their efficiency, costs and side effects have not yet been calculated. Thus, the avoidance of CO2 emissions should be intensified all the more in order to reduce the dependence on later CO2 captures. 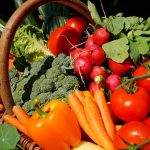 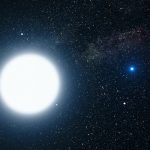