Science has long been unsure of the origin of armpit odor. However, some researchers believe it is caused by the action of bacteria, a new study supports. However, the study goes further by highlighting the development of enzymes that produce molecules that cause the odor.

In 2017, the French dermatologist Fabien Guibal explained that our body produces two types of sweats. During stress, anxiety or panic, the body secretes sweat from the apocrine glands located under the armpits, on the skin around the nipples and anus. During physical exertion, sweat is secreted by the eccrine glands that are found all over our skin, especially on the forehead, palms of the hands and soles of the feet.

As for the debate on the origin of the smell of perspiration, it remains open, but seems to become clearer. Is it really the action of bacteria? A study published in the journal Scienctific Reports on July 27, 2020 investigated the origin of this smell. Researchers from the Department of Biology at York University (UK) indeed suggest the presence of bacteria, which is not surprising. However, the novelty lies in the development by these same bacteria of an enzyme that produces the molecules that cause the odor.

The researchers named this BO enzyme for “body odors”. The resolution of its structure made it possible to locate the molecular step inside some bacteria. These make the molecules responsible for bad odors. For scientists, this is a breakthrough in understanding how body odor works. The next step will be the development of inhibitors that will target the production of these scents at the source without disrupting the underarm microbiome.

Staphylococcus hominis is one of the main strains of bacteria responsible for the production of the enzyme BO. However, this group of bacteria has been closely linked to human evolution from the beginning. The researchers even indicate that this one predates Homo sapiens and could go back to the time of primates. There is therefore an evolutionary relationship between human armpits and these bacteria producing the enzyme BO. However, the study directors believe that more research is needed to better understand this relationship.

Remember, however, that perspiration is regularly at the heart of scientific research. In 2017, American researchers developed an adhesive patch made up of small sensors. The goal? Evaluate the health of the wearer and transmit information to a smartphone. 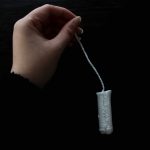 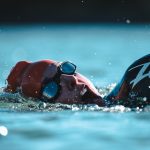