Billions of new devices will be installed around the world in the coming decades, as people in emerging countries such as China and India become able to afford these goods. However, these devices consume a lot of electricity, electricity today generated mainly by coal or gas power plants and which therefore emits greenhouse gases, warming the climate.

Barring a dramatic change in trajectory, air conditioning-related carbon dioxide emissions are expected to nearly double between 2016 and 2050, according to a report released by the International Energy Agency.

In terms of additional CO2 released into the atmosphere, it is as if we were adding present-day Africa to the world, or nearly a billion tonnes of CO2 per year.

Air conditioners have another warming effect, much more direct and felt by everyone: they warm cities by releasing into the street the hot air produced in the process of cooling the interior of a home or office. A 2014 study simulated the temperature rise, at night, to one degree Celsius in the city center.

The vicious circle is reinforced by the continuous rise in living standards around the world. Starting with China, India and Indonesia, three countries which will contribute half of the global increase in electricity consumption for air conditioning.

In Brazil, Thailand or Indonesia, when a household’s income increases, it is often one of the first purchases. Rapid urbanization, especially in India, is further accelerating the phenomenon: urban machinery, not just air conditioning, creates heat, a heat which is in turn absorbed by concrete.

There are around 1.6 billion air conditioners installed around the world today, of which about half are in the United States and China. About 135 million new devices are sold each year, three times more than in 1990, according to the IEA report. In China alone, the world’s largest market, 53 million were sold in 2016.

In India, only 4% of households are equipped with air conditioning. Everything indicates that demand will explode in the coming decades.

“The world is going to suffer a cold crisis,” says the director of the International Energy Agency, Fatih Birol. For him, the issue of air conditioners is the “blind spot” of the current energy debate.

The priority, according to the organization, is to tighten standards on the electrical consumption of devices. More efficient technologies exist, but consumers still largely favor energy-hungry and less expensive devices, especially in the United States. 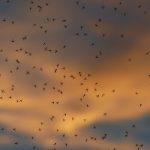