Researchers have highlighted the specific damage caused by high consumption of red meat (processed or not) on DNA, in particular on genes whose mutation promotes colon cancer.

Eating less processed or unprocessed red meat is a common tip for preventing colorectal cancer. Epidemiological studies suggest that people who consume the most red meat, whether processed or not, have an increased risk of this disease. But a “direct” cause and effect link between high consumption of red meat and increased risk of colorectal cancer has not been demonstrated. That’s why in a new study published in the journal Cancer Discovery, researchers at Harvard University looked at the specific DNA damage caused by eating red meat.

The researchers sequenced the DNA of 900 patients with colorectal cancer. The participants were part of a large study in which they filled out food questionnaires before their cancer diagnosis.

The analyzes revealed a distinct mutational signature (unique combination of mutations) never previously identified and characterized by a type of DNA damage called “alkylation”. However, not all cells containing these mutations will necessarily become cancerous. The mutational signature was associated with the intake of red meat (processed or not) but not with the intake of poultry, fish, or other lifestyle factors. The data indicates that patients with tumors with the highest levels of alkylation have a 47% higher risk of death from colorectal cancer than those with lower levels of damage. High alkylation levels have been observed in people consuming more than 150g of red meat per day.

N-nitroso compounds which are metabolic products of iron and nitrate in meat induce DNA damage by alkylation, resulting in a mechanism of gene mutation. Among the genes most affected by alkylation, the researchers noted that there are those that are commonly involved in the development of colorectal cancer when mutated.

“This mutational signature could help identify those most at risk of developing colorectal cancer or detect the disease at an earlier stage,” explain the researchers.

Diet is important for preventing colorectal cancer: a diet rich in fruits, vegetables, fish, nuts and seeds, foods high in fiber, and low amounts of red meat and cold meats are good eating habits. Regular physical activity, not smoking, moderately drinking alcohol and finally avoiding overweight can also reduce the risk. Also be aware that high blood levels of vitamin D are associated with a 40% reduction in the risk of colorectal cancer, so it is recommended to get out in the sun or consider supplementation if necessary. 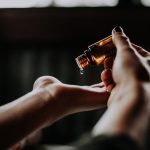 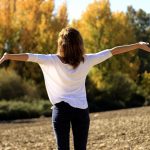