The Big Bang produced a number of elements: all the hydrogen found in the universe and a lot of helium and lithium. And that’s about it. All other naturally occurring elements arose later, thanks to nuclear processes that play in the interior of stars. “You can think of stars as huge high-pressure ovens in which new elements are created,” explains researcher Amanda Karakas. “The reactions that these elements produce also provide the energy that makes stars shine billions of years in a row. And as the stars age, they start producing heavier and heavier elements as their inner body warms up.” These elements are eventually all returned to the universe by the star. For example, heavy stars that experience a supernova explosion at the end of their lives spreads the produced elements during that explosion into space.

Some very heavy elements, however, are believed to arise in a slightly different way. About half of all elements heavier than iron – think uranium, for example, but also gold – would occur during collisions between neutron stars.

Neutron stars are actually burnt-out remnants of stars with tremendously high density. Although it had been suspected for years that they could collide with each other and that all kinds of heavy elements could be born, researchers could not confirm that such collisions actually take place until 2017. A study conducted then seemed to endorse the idea that these collisions marked the birthplace of heavy elements such as gold and uranium.

But in a new study, scientists now claim that we have overestimated the role of colliding neutron stars when it comes to the birth of gold and several other heavy elements. And that an additional stellar process is needed to explain, for example, the large amount of gold that we find in the universe today. “Collisions between neutron stars did not produce enough heavy elements in the early years of the universe, and they do not today, some 14 billion years later,” Karakas says. “There simply aren’t enough of these collisions to explain the abundance of heavy elements we see today.”

According to the researchers, the lion’s share of the gold in the cosmos did not occur during collisions between neutron stars. “Even the most optimistic estimates of the frequency at which neutron stars collide cannot explain the relative abundance of gold and other elements in the universe,” said researcher Chiaki Kobayashi. “That’s a surprise.” And it begs the question of what other process has contributed to the amount of gold we find in the cosmos today. The researchers do have ideas about that. “It seems that rotating supernovae with powerful magnetic fields are the real source of the lion’s share of these elements.”

The idea that an element such as gold can arise in different ways is not so revolutionary. We know from other elements that they can also see the light of day through different processes, says Kobayashi. “Apart from hydrogen, there is no element that can only arise in one type of star. Half of the carbon is produced in dying stars with a low mass, but the other half comes from supernovae. And half of the iron comes from ‘ordinary’ supernovae and the other half from Type Ia supernovae (explosions that occur in double star systems).”

And there is now strong evidence that gold can also arise in different ways. Whether spinning supernovae actually play a role in this is certainly not yet proven. And so for now we’re stuck with more gold than colliding neutron stars seem to be able to produce. Still, the researchers are optimistic; they expect that the mystery of the abundant gold can be solved quickly. To this end, they look with hope at research institutes that experimentally try to gain a better understanding of what exactly happens and occurs during collisions between neutron stars. Who knows, the exotic processes that take place in those collisions may still surprise us somewhat.

Finally, we have only recently been able to spot colliding neutron stars, and so it cannot be ruled out that these collisions actually occur much more often than we think now. It is therefore not inconceivable that neutron stars have indeed produced a larger proportion of the gold than is now assumed. 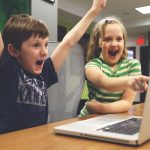 Previous post What are the benefits of video games for children? 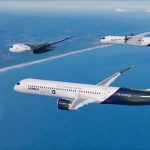 Next post Airbus wants to launch a “zero emission” hydrogen aircraft in 2035!
0 Shares