While a lot of things are said about video games, a recent study has found that certain games could be beneficial to children. According to the authors, video games allow children to develop better communication and stronger social bonds.

Bad sides, but not only

In 2018, the World Health Organization (WHO) announced its desire to recognize video game addiction as a mental illness. In 2019, the National Health Executive in the United Kingdom announced the creation of a clinic to treat this addiction. Videogames are indeed suspected of promoting behavioral disorders, which could cause nuisance with regard to life in society, especially within the family, studies and work.

However, some studies tend to play down this phenomenon. In 2019, a study indicated that video games are not responsible for violence among young people. More recently, researchers have found that appropriate video games could help treat neurodegenerative diseases.

The National Literacy Trust is a UK organization dedicated to promoting literacy. However, the latter published a report on August 12, 2020 welcoming the benefits of video games on children. Researchers from this organization interviewed no less than 4,626 children between the ages of eleven and sixteen about their practice of video games.

According to the results, 80% of those surveyed said they had read material related to video games in the previous month. It could be books, magazines, or articles on the Internet. The authors of the report believe that this can help children improve their writing and better yet, inspire children to create their own content. In fact, 62% of the children surveyed said they wrote at least once a week about their favorite game. Often it’s blogging, but sometimes it’s fanfiction too.

The authors of the study indicate that this is about sharing cultural experiences, promoting communication with other young people. Thus, these activities allow for stronger social bonds. However, this better communication can have very positive effects on children’s mental health. They reported that playing video games allowed them to be less stressed. 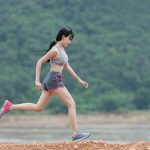 Previous post What to do to enhance your immune system 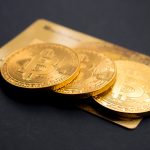