Almost two decades ago, the last mission of the Columbia space shuttle was a real tragedy. Indeed, all its crew died with the machine which disintegrated on its return to Earth. Whose fault was it ? An awkward PowerPoint presentation may well have been the cause of this disaster.

The Columbia shuttle was the first US space shuttle to be in space in April 1981. Mission STS-107 which began on January 16, 2003 was the shuttle’s 28th and last mission. Indeed, at the end of this flight, on February 1, 2003, the craft disintegrated on its return to Earth, killing the seven crew members.

The loss of the Colombia shuttle was the result of damage caused during the launch. Indeed, a piece of insulating foam the size of a small briefcase detached from the external propellant tank. This happened due to aerodynamic forces while the shuttle was traveling at a speed of 2,523 km/h! The piece of foam then struck the left wing on the leading edge. Unfortunately, this damaged the Thermal Protection System (TPS). The purpose of this device was to protect the shuttle from the heat produced when it enters the atmosphere.

During the mission, the crew carried out more than 80 experiments in the fields of biology, biomedical research and other disciplines. However, the craft was safe as long as it remained in space. The question naturally arose of the risks relating to his return to Earth. For answers, NASA consulted engineers at the Boeing Corporation. They submitted three reports to the agency, for a total of 28 slides.

As a result, NASA determined that the damage posed no danger to the lives of the crew members. Thus, the shuttle followed the normal procedure of return to the atmosphere, with the unfortunate end that we know.

In a document published on his personal page, communications expert Edward Tufte of Yale University (United States) analyzed the documents presented at the time by Boeing engineers. He found that the title of the presentation was misleading and falsely reassuring.

In the presentation, the Boeing engineers explained that previous tests on the left wing had provided resistance to foam impact. However, this presentation was based on a study integrating a piece of foam 600 times smaller than the piece that had detached from the Columbia shuttle tank! Another fact, the presentation displayed four different points. However, the authors did not provide any explanation as to their meaning. In other words, the interpretation is left to the discretion of the reader! Indeed, the slides contained no less than four to six reading levels created with bullets and dashes.

In addition, the presentation displayed an impressive number of words and numbers, with many inaccuracies. Let us quote the two words “SOFI” and “ramp” which mean the same thing, that is to say foam. Often, vague terms were used such as “significant” (five times) or “sufficient” (once), and each time orphaned by quantifiable data.

Finally, it is evident that the test conditions had little to do with the incident that occurred on board the Columbia shuttle. However, this was only mentioned in small and at the bottom of one of the slides! 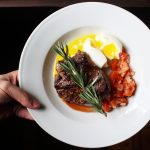 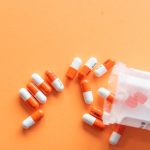