The main side effect of drugs prescribed following a cardiac event is the risk of bleeding. A new drug could prevent heart attacks all the while avoiding this danger.

After a heart attack, the patient is prescribed a medication, an antiplatelet medication, which prevents the blood from forming clots and causing a new attack, or even a stroke. But antiplatelet drugs do not only have advantages… Their main side effect is to cause a hemorrhagic accident. A new drug could bypass this risk, explains the journal Science Translational Medicine.

Currently, antiplatelet drugs block blood clotting, but also prevent torn blood vessels from rebuilding. They act on hemostasis, and this irreversibly. In the case of a small bleed, it is not very serious, but it can be life-threatening in some cases. However, after a stroke or a heart attack, they are the only medical response available to date. To avoid another accident, the blood must be thinned. For the time being, no one had found a way to do this without blocking any form of blood clotting (sometimes necessary).

But researchers have found a way around this side effect. They have developed a drug that prevents the formation of clots but that does not present a risk of bleeding. It has been tested in mice and has shown quite satisfactory results. Less damage to the heart, less clotting and reduced inflammation has been found by scientists.

On the other hand, the researchers point out that this drug could be particularly practical following an intervention in the heart. Because under the effect of conventional antiplatelet drugs, the artery damaged by surgery has trouble repairing itself, it sometimes happens that it reopens and causes inflammation. This new drug would both prevent a new heart attack, but would not block hemostasis in the damaged artery. 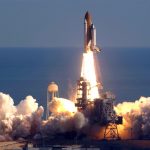 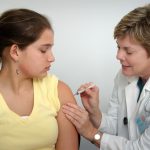