The cases reported by the medical literature are rare, and undoubtedly more frequent in reality: dizygotic twins (fraternal twins) can have different fathers. How is this possible?

The latest case is commented on by a Colombian team (Universidad Nacional de Colombia). It follows a request for a paternity test concerning two male twins, born at term and in good health. Blood samples were taken from the children, the mother and the suspected father, to look for specific markers present on the chromosomes, and composed of DNA sequences.

The results showed significant abnormalities between the markers of the man and one of the twins, which leaves no doubt that he cannot be the father. However, he is the father of the other child. A priori, these situations would be extremely rare, since barely twenty are reported in the medical literature. But in fact, the number would be grossly underestimated, simply because genetic testing for paternity is not done routinely.

Le Monde reports that the very first officially recorded case dates back to 1810, in the United States, when a mother gave birth to twins, one white, the other black. This woman admitted to having sex with two men within days of each other. The phenomenon is referred to as heteropaternal superfecundation. When two oocytes (ova) are expelled during the same menstrual cycle, they can be fertilized by sperm from two men.

In fact, sperm can survive for up to five days in a woman’s genital tract. This can therefore produce an oocyte which will be fertilized following sexual intercourse with a partner, and a second which will meet the sperm of another man. This phenomenon is obviously impossible for monozygotic twins (identical twins), resulting from the same ovum fertilized by the same sperm. 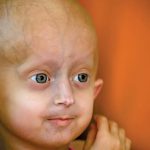 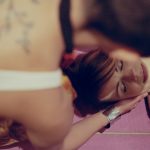 Next post What is fasciatherapy and what is used for?
0 Shares