Forced by the courts to give their drivers the status of employees as quickly as possible in California, the ride-sharing platforms have appealed and are threatening to close their services in the state, at a time when the unemployment rate is approaching 15%.

Unsurprisingly, Uber and Lyft have appealed against the court decision rendered against them this week in California, demanding that these ridesharing platforms comply with the AB5 law within 10 days, which forces them to reclassify the status of their independent drivers as employees. A context in which these two companies have chosen to assume an offensive discourse by way of defense. Indeed, interviewed by MSNBC, Dara Khosrowshahi explained that he is seriously considering stopping the activities of Uber – which he runs – in California, if the drivers are to become employees.

“If the court does not reconsider its verdict, then in California I do not see how we could quickly transform our model towards a system where the drivers are employed full time,” he explains. According to him, the drivers themselves prefer the flexibility that their self-employed status gives them. However, many of them, united in a union and supported by local elected officials, are asking for their status to be reclassified as a traditional employment contract, which would allow them to receive a guaranteed minimum wage, to have supervision of their overtime hours, to access health insurance and paid vacation, and to receive various compensation related to the use of their personal vehicle.

Lyft is also considering shutting down its business in California if this court ruling is upheld. In any case, this is what its management committee explained to shareholders during a conference call. “If our efforts do not bear fruit, it would force us to suspend our operations in California (…) Fortunately, voters will be called to the polls in November and they will be able to make their voices heard by voting for proposition 22,” says John Zimmer, Lyft President.

The Lyft president is referring to a bill known as Prop 22, also backed by Uber and DoorDash (a meal delivery company), which will be put to a vote by California voters before the end of the campaign year. This aims to erase the measures of the AB5 law, by guaranteeing that companies can continue to use freelancers to run their services. Uber and Lyft bosses believe voters overwhelmingly support the status quo. 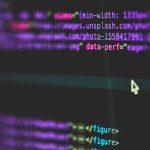 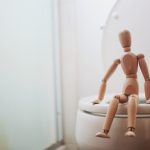 Next post 10 Tips to Prevent and Treat Diarrhea
0 Shares