WhatsApp is offering a tool to help its users identify questionable information by now allowing them to search the web for the content of a message. The app, which has been forced to contend with the spread of disinformation on its platform in recent years, has introduced several features and imposed restrictions to better control the flow over the past year.

In April, WhatsApp put in place an additional restriction on how often a message could be shared on its platform. WhatsApp has stated that any message that has been forwarded five or more times will now face a new limit that will prevent a user from forwarding it to more than one chat (contact) at a time. Weeks later, the volume of “highly forwarded” messages had already fallen by 70% globally, he said.

Now WhatsApp is going even further by integrating a new feature in its messaging system, called “web search”. To encourage users to check the sometimes questionable information they receive on the email, it offers the ability to search the content of the message on Google.

The Facebook-owned service allowed users in Brazil, Italy, Ireland, Mexico, Spain, UK and US to click on a magnifying glass icon next to posts frequently transferred – those that have been transferred at least five times – to search the web for their content and verify it.

The feature, available on WhatsApp’s Android, iOS, and the webapp, is in a pilot phase, the messaging platform said. It’s still unclear when WhatsApp intends to roll out this feature, which it started testing several months ago, to users around the world. 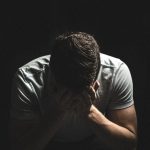 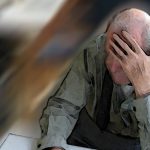