Infidelity is one of the major causes of problems in a couple’s relationship. But why are we unfaithful? What prompts us to take action? Do men cheat more than women? Let’s find out together.

Many people believe that men are more likely to cheat in relationships, but the reality is that men or women are just as likely to be unfaithful.

In fact, research suggests that 10-20% of men and women in relationships have been actively engaged in sexual activities outside of their primary relationship. So, for what reasons are men and women unfaithful?

Infidelity on the rise

Due to our culture, infidelity has traditionally been viewed as a predominantly male problem for centuries – if not millennia. The reasons for this are obvious. Back in the day, an unfaithful wife often paid the price of her infidelity with her life. This is still true in some cultures today.

However, in Western culture, especially over the last few decades, contraceptives and especially the liberation of women and the sexual revolution have pushed people to be more liberal with their sexual life.

Indeed, according to research, in the first year of a relationship, 6 percent of men and women report cheating on their partners. However, over the years, the likelihood of female or male infidelity occurring rises to 25%.

Why are we unfaithful?

1.     Dissatisfaction in the relationship

Dissatisfaction is often one of the main reasons why people cheat. If a partner is not happy in the relationship over a long period, they will become disillusioned and start looking elsewhere. While the best thing to do is to break up before engaging with someone else, some people, on the contrary, may use cheating as an excuse to get out of the unhappy relationship.

On many occasions when the person is having difficulty dealing with their low self-esteem, they may turn to infidelity. This happens because, in this type of situation, the cheater is seeking approval from other people. Being shown sexual interest from someone else makes them feel desirable and worthy.

In such situations, it is important to consult a professional psychologist because unfaithful relationships can further damage a person’s self-esteem.

Although according to research on cheating partners, men are usually motivated primarily by sex, women tend to do so to satisfy an emotional need. In other words, the unfaithful girlfriend or wife may cheat because she longs for more emotional contact with a partner.

In many cases, cheating partners have an overly idealized image of how their partners should behave. When this happens and the partner does not meet their expectations, it can lead them to be unfaithful.

Moreover, when expectations are not being met, resentment and anger may arise. The cheating partner may use infidelity as a retaliation mechanism. This type of relationship is toxic by nature and should be avoided altogether.

Being in a relationship involves a lot of routine acts. Even sex can quickly become boring if the partners become complacent.

When there is a lack of enthusiasm on the part of both people, they may seek what they lack out of the relationship. These cheating partners often love their partner madly, and they cheat not to leave the relationship but to find the excitement they crave.

Routines can also end up contributing to a loss of passion during sex. In fact, keeping the spark alive is one of the challenges people face in relationships. In many cases, the cheating partner is looking for the excitement and passion that is lacking in their primary relationship.

Sometimes people, despite being in a family and a relationship, can end up feeling lonely. In this way, these feelings of loneliness can become the perfect conditions for people to be unfaithful in a relationship.

Attachment theory suggests that the relationships we have with our parents in early childhood will influence how we view and behave in our intimate relationships as adults.

According to studies on infidelity, people who have an insecure or anxious attachment style are much more likely to exhibit characteristics that interfere with a healthy romantic relationship.

In these cases, they are much more likely to become unfaithful partners because of these insecurities.

As we age, we go through a series of crises influenced by our age and moving from one stage of our life to another. Indeed, the midlife crisis is one of the most difficult stages psychologically speaking. This crisis can lead to infidelity within a relationship as a quest to try to make up for “lost time.”

On some occasions, depression and female or male infidelity can go hand in hand. This happens because when there is sexual or romantic arousal, the human brain experiences a rush of dopamine, norepinephrine, and serotonin, neurotransmitters that make us feel better.

In other words, an unfaithful person may subconsciously resort to cheating as a way to get away from their depressive feelings.

Infidelity in a relationship hurts the same whether it is caused by an unfaithful man or woman. Keeping these secrets, especially when they’re sexual or romantic, hurts trust in a relationship, regardless of who’s been betrayed.

In case you think your partner is cheating on you, it’s time to talk to him or her. In addition, it is always recommended to talk to a therapist to be able to deal with this problem in a healthier way.

Whether you want to continue or leave, the key is to make sure that this act of infidelity doesn’t affect your self-esteem. 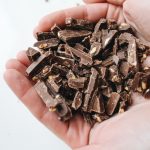 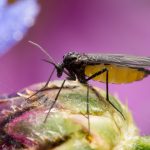