The important thing is to choose the right chocolate, containing at least 60% cocoa: the recommended amounts are in the order of 30 to 50 grams per day. In small doses, the benefits are legion.

1.   Rich in vitamins and minerals

Every type of chocolate – including milk chocolate and white chocolate – is rich in vitamins A and B12. These vitamins ensure, among other things, healthy teeth and bones. Dark chocolate also contains a lot of vitamin B due to the high amount of cocoa, which is important for energy production and DNA synthesis and repair.

In addition to vitamins, dark chocolate also gives you a solid boost of the minerals magnesium, manganese, copper, iron, and zinc. The latter three substances promote the cell renewal process. They increase the flow of blood and oxygen to the scalp, making your hair stronger and healthier. Magnesium, in turn, brings your stress levels down.

Dark chocolate has a potent antioxidant effect. Indeed, tests are regularly carried out to see how well the antioxidants from a certain food can eliminate harmful free radicals. Dark chocolate scores very high during these tests.

This is possible because dark chocolate is rich in natural compounds that act as antioxidants, such as polyphenols and flavanols. In one study, it was even said that dark chocolate had a greater antioxidant activity than the fruits tested.

Dark chocolate contains a lot of cocoa. Cocoa is rich in flavanols. These substances are very important and can counteract many diseases and complaints including the risk of heart diseases, asthma, and type 2 diabetes.

Certain substances in dark chocolate stimulate the production of nitrogen oxide. This ensures relaxed and flexible blood vessels and also improves blood circulation. As a result, the resistance to the blood flow decreases, which lowers blood pressure.

Several studies have provided evidence of this. During one study, healthy test subjects ate dark chocolate for 15 days (as a supplement to a healthy diet). After 15 days, it was found that their blood pressure was lower.

A study by researchers at Syracuse University shows that dark chocolate would be able to improve intellectual performance. Consumed before an important exam or test, it soothes and comforts the consumer, promotes visual memory, information processing, and recording.

In addition, cocoa is made up of flavonoids, antioxidants that can boost concentration.

Learn about how to improve your cognitive functions naturally.

Research has shown that eating dark chocolate can increases the amount of good cholesterol (HDL) and lowers the “bad” cholesterol (LDL). Dark chocolate has a beneficial effect on LDL cholesterol because cocoa contains antioxidants that can prevent damage from oxidation.

7.   Reduces the risk of cardiovascular diseases

A study in which test subjects ate dark chocolate more than 5 times a week has shown that eating dark chocolate regularly reduces the risk of cardiovascular disease by 57%.

Another study shows that eating dark chocolate also reduces the risk of death from cardiovascular disease by 50%. This study was conducted with 470 older men over a period of 15 years.

The reason why dark chocolate has this effect on cardiovascular diseases has to do with the antihypertensive effect and the reduction of bad cholesterol.

Eating dark chocolate when feeling tired is a common habit in adults and children. Thanks to the substances contained in cocoa, capable of increasing the production of endorphin, it helps maintain mood and positions itself as a powerful way to boost your mood.

England’s Northumbria University has looked at another benefit of chocolate. The one that promotes sleep. Indeed, serotonin, contained in dark chocolate, has relaxation powers. Consuming chocolate before going to bed is, therefore, a good idea. One more pleasure, without guilt.

By eating dark chocolate, you can reduce your risk of blood clotting. As a result, you are less likely to have a stroke or heart attack when blood clots move through the bloodstream.

11.   Reduces the risk of dementia and Alzheimer’s

Research shows that elderly people who eat a lot of dark chocolate have a reduced risk of dementia. This is possible because cocoa contains many antioxidants that counteract this risk.

The risk of Alzheimer’s is also reduced thanks to dark chocolate, as eating it reduces insulin resistance. Today, it is believed that insensitivity to insulin plays an important role in developing Alzheimer’s.

The brain cells appear to die when they do not get enough glucose. However, by eating dark chocolate, this can be prevented, which reduces the risk of Alzheimer’s.

Chocolate is also known for its benefits for athletes. By reducing stress, chocolate also decreases the rise in cortisol. The latter is often the culprit for cramps and low performance. The magnesium, flavonoids, serotonin, and epicatechin found in dark chocolate also promote optimal physical performance.

13.   Protects the skin from UV radiation

This is shown by a study in which healthy test subjects ate a lot of dark chocolate for 12 weeks. After this period, the amount of MED had doubled. Eating dark chocolate can therefore increase the resistance to UV radiation.

Dark chocolate can improve insulin sensitivity and helps people lose weight healthy and quickly. This was shown by a study in which glucose-intolerant test subjects ate chocolate for 15 days.

Research has shown that cocoa in dark chocolate can have a healing effect in people suffering from a less severe form of fatty liver (accumulation of fat in the liver cells). This is shown by a test in which rats with fatty liver were given supplements with cocoa. As a result, the effects of fatty liver decreased.

16.   Improves the ability to learn

Eating dark chocolate improves scores during cognitive tests. This is possible because there are a lot of flavanols in cocoa. These penetrate the areas of the brain that are important for memory and the learning process.

In addition, dark chocolate also contains caffeine. The amount of this is not enough to keep you awake at night, but it is enough to affect the brain. This improves memory, concentration, and mood.

17.   Increases the number of good bacteria in the gut

Free radicals can cause damage to your body and especially the brain because oxygen molecules attach to cells and tissues. This happens in much the same way as with metal that begins to rust. Because dark chocolate contains many antioxidants, this can protect the brain cells from harmful free radicals. This can reduce the aging of the cells.

A Finnish study shows that chocolate reduces the amount of stress in pregnant women and that mother’s babies laugh more than the children of parents who do not eat chocolate.

Dark chocolate could delay or even prevent insulin resistance or pre-diabetes because it improves insulin sensitivity.

According to a review of the scientific literature, flavonoids contained in cocoa plants can help with insulin resistance by enhancing endothelial function, changing glucose metabolism, and lowering oxidative stress. Insulin resistance is thought to be caused mostly by oxidative damage. 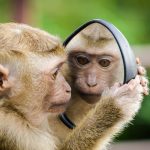 Previous post How to tell if you’re a covert narcissist 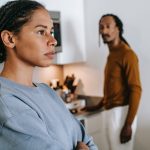