This is an extremely rare case, “one in 50 million”, said doctors to Kelly Fairhurst, a British woman who became pregnant with four babies in two different wombs.

It is a very rare case of a congenital malformation called a Uterine Didelphys that affected Kelly Fairhurst, a 28-year-old British woman. Already a mother of two, she learned that she was pregnant with four other babies during an ultrasound scan at her 12th week of pregnancy. “The doctors told me that this kind of case has a 50 million chance of happening,” she said in The Sun newspaper.

The incongruity of this pregnancy lies in the womb of the young mother, already a mother of two, who suffers from a uterus didelphys.

A Uterus didelphys results in a heart-shaped uterus with two separate or partially separated cavities. This hereditary formation affects between 0.1% and 0.6% of women. During a “normal” pregnancy, the Müllerian ducts resorb, between the 10th and 17th week, to form a single uterus which constitutes the fallopian tubes. In the case of a uterus didelphys, the canals remain separate. “When I gave birth to my second baby, I was told that I had a uterus didelphys that was not fully formed, says Kelly Fairhurst. So, I was really surprised when I was finally told that I did not have one, but two uteri.”

The parents are concerned about the health of their future children, but after 19 weeks of pregnancy, the future babies seem to be doing very well. The risk of miscarriage or premature birth actually increases when a woman has this characteristic, as Kelly Fairhurst experienced during her two previous pregnancies where her children, now aged 4 and 3 years, were born eight and six weeks in advance respectively.

The other questions that arise are whether the woman will have one or two deliveries on two different dates and whether the pairs of twins will be the same or not. A similar case has already occurred in Bangladesh where a woman with a uterus didelphys gave birth to three babies within a month, the first having arrived in February and the twins arriving 26 days later. late.

Regarding the twins, it is currently impossible to know if they will all be identical. “The eggs and the sperm can split in two at a very early stage of development, so it depends on which egg has attached to which uterus,” says Asma Khalil, an obstetrics expert at St. George’s Hospital in London, on the website of The Guardian newspaper. 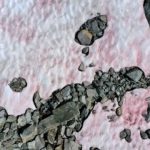 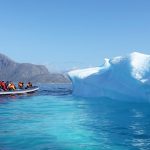