“You better avoid pasta and bread”, is a common advice from diet gurus. However, a recent study shows that eating protein from plant-based foods such as pasta and bread is not so bad for you after all. It would in fact reduce your risk of premature death. So it’s better not to scrape whole grain products out of your diet. But is that really true?

Where did this news come from?

American researchers have discovered a link between deaths and the presence of animal and plant proteins in a person’s diet. Animal proteins are mainly found in meat, milk and milk products. Vegetable proteins are in grains, legumes, nuts and vegetables.

The researchers found that a diet rich in plant-based proteins was combined with a 5% decrease in deaths. Replacing eggs with plant proteins led to a 21% drop in deaths in women and 24% in men. Replacing red meat reduced mortality by 15% and 13% respectively.

The researchers conclude that a diet rich in plant proteins can thus reduce mortality.

How should we interpret these results?

This study is a cohort study. This is a type of acting investigation that can establish links but cannot prove a cause-and-effect relationship. For example, there are indeed fewer deaths among participants who ate more plant proteins, but this may also be due to other factors.

Participants who ate a lot of plant proteins were less likely to be overweight or obese, were more physically active, drank less alcohol and smoked less. The latter was particularly noteworthy: in the men, only 6% of the group smoked with a diet rich in plant-based proteins, compared with 20% in the group with a diet rich in animal protein. Among women, this was 9% and 23% respectively. 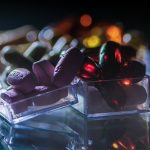 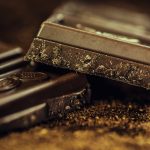 Next post Is chocolate really good for the brain?
0 Shares