Sugar or sweetener? Neither is really healthy, as new research shows. Indeed, despite being promoted as a healthier sugar replacement, sweeteners increase the risk of cancer and vascular diseases.

Replacing sugar with artificial sweeteners may prove unhealthy, according to two cohort studies by France’s NutriNet-Santé research program. Taking into account a variety of other relevant factors, a number of compounds associated with an increased risk of cancer and vascular disease have been identified. No evidence of a causal link was provided.

To establish a possible link with cancer, the data of 102,865 adults who were followed for 7.8 years were used. In repeated, systematic interviews, they provided information on their food and drink intake during the last 24 hours. They also provided brand names so that the amounts of sugar and sweeteners could be determined. A distinction was made between people who did not consume sweeteners, those who consumed them in limited amounts, and those who consumed a lot of sweeteners. Three of these sweeteners were responsible for almost all intake: aspartame (58 percent), followed by acesulfame-K, also known as food additive E950 (29 percent), and sucralose (10 percent).

Compared to those who did not consume sweeteners, those with high consumption had a higher risk of cancer. This was particularly true for aspartame and acesulfame-K. The increase in risk was most noticeable for breast cancer and cancers linked to obesity.

Another recent study showed that consuming two or more sugary drinks daily increases the risk of dying from cancers such as colon or kidney cancer. On the other hand, the consumption of sweetener-containing beverages increased the risk of premature death from pancreatic cancer.

With a similar study design, this time with 103,388 participants, associations with heart and vascular diseases were investigated. For this purpose, heart diseases and diseases of the cerebral vessels were also researched. 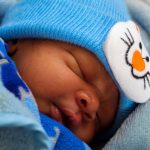 Previous post Why and how long should baby wear a cap?
0 Shares