According to the World Health Organization (WHO), obesity is characterized by “an abnormal or excessive accumulation of body fat which can be harmful to health.”

Basically, obesity results from consuming too many calories relative to energy expenditure over several years.

We must distinguish obesity from overweight, which is less important. Morbid obesity, on the other hand, is a very advanced form of obesity. It is said to be so damaging to health that it reduces life expectancy by 8 to 10 years.

You cannot rely solely on a person’s weight to determine whether they are obese or overweight. Different measures are used to provide additional information and to predict the impact of obesity on health.

According to the WHO, this is the most useful, albeit approximate, tool for measuring overweight and obesity in an adult population. This index is calculated by dividing the weight (kg) by the height squared (m2). We talk about being overweight when BMI is between 25 and 29.9; obesity when BMI is equal to or greater than 30; and morbid obesity if it is 40 or more. Healthy weight is a BMI between 18.5 and 25.

The main disadvantage of this measuring tool is that it does not give any information on the distribution of fat reserves. However, when fat is concentrated mainly in the belly region, the risk of diabetes and cardiovascular disease is higher than if it is concentrated in the hips and thighs, for example.

In addition, BMI does not distinguish between the mass of bones, muscles (muscle mass), and fat (body fat). Therefore, the BMI is imprecise for people with large bones or very muscular builds, such as athletes and bodybuilders;

Often used as a supplement to BMI, it can detect excess fat in the abdomen. Abdominal obesity is considered when the waist circumference is greater than 88 cm (34.5 in) for women and 102 cm (40 in) for men. In this case, the health risks (diabetes, hypertension, dyslipidemia, cardiovascular disease, etc.) are considerably higher.

This measurement gives an even more precise idea of ​​the distribution of fat in the body. The ratio is considered high when the result is greater than 1 for men and greater than 0.85 for women.

Researchers are working to develop new tools to measure excess fat. One of these, called the Body Fat Index or BFI, is based on measuring hip circumference and height. However, it has not yet been proven and is therefore not used medicinally at the moment.

To assess the existence of risk factors for disease, a blood test (especially the lipid profile) provides valuable information to the doctor.

The proportion of obese people has increased over the past 30 years. According to the World Health Organization (WHO), the prevalence of obesity has grown to epidemic proportions globally. The increase in average weight is observed in all age groups, in all socio-economic groups.

When we try to understand why obesity is so prevalent, we find that the causes are multiple and do not lie solely with the individual. The government, municipalities, schools, the agri-food sector, etc. also bear a share of responsibility in the creation of obesogenic environments.

The term obesogenic environment is used to describe a living environment that contributes to obesity:

This obesogenic environment has become the norm in several industrialized countries and is found in developing countries as people adopt a Western way of life.

People whose genetics make it easier to gain weight are more likely to fall victim to the obesogenic environment. However, genetic susceptibility alone cannot lead to obesity. For example, 80% of Pima Indians in Arizona today suffer from obesity. However, when they followed a traditional lifestyle, obesity was much rarer.

Obesity can increase the risk of many chronic diseases. The health problems would start to manifest themselves after about 10 years of being overweight.

How fat is distributed throughout the body, rather in the abdomen or hips, plays a major role in the development of disease. The accumulation of fat in the abdomen, typical of android obesity, is much riskier than the more even distribution (gynoid obesity). Men have on average twice as much abdominal fat as premenopausal women.

Worryingly, some of these chronic diseases, like type 2 diabetes, now appear in adolescence, given the growing number of young people who are overweight and obese.

Obese people have a poorer quality of life as they age and a shorter life expectancy than people who are at a healthy weight. Moreover, health professionals predict that today’s young people will be the first generation of children whose life expectancy will not exceed that of their parents, mainly because of the increasing frequency of obesity in children.

Finally, obesity can become a psychological burden. Some people will feel excluded from society because of the beauty standards established by the fashion industry and the media. When faced with difficulty losing excess weight, others will experience great distress or anxiety, which can lead to depression.

Obesity results in an excess of fatty tissue. This excess can be broken down in 2 different ways:

Individual factors that lead to weight gain and obesity

Factors and social changes that contribute to weight gain or obesity

How to prevent obesity

Preventing obesity can begin, in a way, as soon as you start eating. Studies have shown that the risk of obesity is closely linked to eating behavior during childhood.

Already, from 7 months to 11 months, American infants consume 20% too many calories compared to their needs. One-third of American children under the age of 2 do not consume fruits and vegetables, and among those who do, French fries top the list.

Consuming weight loss products and submitting to a severe diet without changing your eating habits is certainly not a good solution. A healthy diet should be varied and include fresh fruits and vegetables. Eating well involves cooking your own meals, replacing certain ingredients, flavoring foods with herbs and spices, taming new cooking methods to use less fat, etc.

Some advice for parents

Physical activity is an essential part of maintaining a healthy weight. Moving increases muscle mass and therefore energy needs. Get the kids moving, and move with them. Limit television and gaming time if necessary. A good way to be more active on a daily basis is to walk to the neighborhood shops when doing groceries and shopping.

Many studies indicate that sleeping well helps in better weight control. Lack of sleep may cause you to eat more to compensate for the reduced energy your body feels. In addition, it may stimulate the secretion of hormones that trigger appetite.

Reducing the sources of stress or finding the tools to manage them better can make it less likely that you will try to compensate with food. In addition, stress often causes us to eat faster and more than necessary.

To make the environment less obesogenic, and therefore to make healthy choices easier to make, the participation of several social actors is necessary. Several health organizations have proposed a list of measures that authorities can implement in schools, workplaces, the agri-food sector, etc., to help fight the obesity epidemic.

The most effective approach to improving long-term health is personalized, multidisciplinary, and requires regular monitoring. The therapeutic approach should ideally include the services of the following professionals: a doctor, a dietitian, a kinesiologist, and a psychologist.

We must start with a health check established by a doctor. Consultations with other health professionals follow. It is better to bet on a follow-up over several years, even during the weight maintenance phase. Unfortunately, few clinics offer such support.

According to experts at the Mayo Clinic in the United States, a weight loss corresponding to 5% to 10% of body weight can significantly improve health. For example, for a person weighing 90 kilograms, or 200 pounds (and being obese according to their body mass index), this corresponds to a weight loss of 4 to 10 kilograms (10 to 20 pounds).

Weight loss diets: to be avoided

Most weight-loss diets are ineffective at long-term weight loss, in addition to being risky. Here are some possible consequences:

With the help of a dietitian-nutritionist, it’s about finding a nutritional approach that suits the patient’s own tastes and lifestyle and learning to decipher his or her eating behaviors.

Increasing your energy expenditure goes a long way in losing weight and improving your overall health. It is safer to consult a kinesiologist before undertaking any physical activity. Together, you can choose a training program that is appropriate for your physical condition and interests.

Consulting a psychologist or psychotherapist can help you understand the origin of excess weight, change certain eating behaviors, better cope with stress and regain your self-esteem, etc.

Some prescription drugs can help with weight loss. They are reserved for people with significant risk factors for cardiovascular disease, diabetes, hypertension, etc. These drugs cause modest weight loss (2.6 kg to 4.8 kg). You have to keep taking them for the effect to last. In addition, they must be associated with a strict diet and have several contraindications.

Weight loss surgery most often involves reducing the size of the stomach, which can reduce food intake by about 40%. It is reserved for people who are morbidly obese, that is to say, those whose body mass index exceeds 40, and those whose BMI is higher than 35, and those who have a disease related to obesity.

Note. Liposuction is cosmetic surgery and should not be used for weight loss, according to experts. 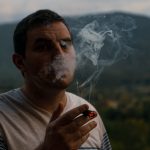 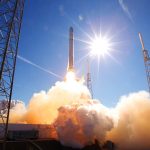 Next post NASA approves the reuse of SpaceX capsules for its manned flights!
0 Shares