A study by UZ Leuven — a university hospital in the Netherlands — looked at the sleep patterns of bed-wetting children. It turned out that compared to their peers, children who urinate while sleeping sleep less efficiently and are also restless. With the new findings, the researchers hope to develop new treatments.

About six percent of children between the age of 6 and 12 still urinate regularly in bed. Bed-wetting can have several causes, an overactive bladder or high urine production for example, and also always goes along with a deep sleep during which the child does not wake up even with a feeling of pee.

To investigate the sleep patterns of those children, the scientists used smart watches that recorded sleep phases in addition to movement. The children had to wear the watch every night for two weeks. Professor Guy Bogaert, the principal researcher, shares his findings. “We chose measurements with a smart watch so that we could examine the children in their own home environment. That’s much more realistic than, say, in a hospital sleeper. We found that bed-wetting children sleep less efficiently than peers who no longer urinate in bed. They also had a higher restlessness and a stronger variation in the length of rem sleep, the stage in which we dream.”

“In a next step we want to investigate in which sleep phase bed wetting happens. It would also be interesting to know if treatments that restore sleep also prevent bed wetting. Conversely, we can use the smart watches to monitor whether current treatments normalize sleep patterns. This may be the case, for example, with the pee alarm clock, which teaches children to wake up when they need to urinate,” says Professor Bogaert. 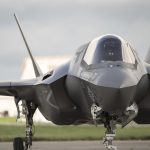 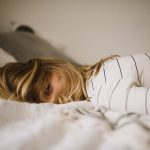 Next post Bed-wetting: causes, symptoms, and treatments... all you need to know
0 Shares