Whether we are sitting down or standing up, static or moving, body posture influences our mood: standing upright has a positive effect.

Several studies have shown this link between physical posture and mood. Others have shown a relationship between our mood and our cognitive performance, including memory, reasoning, learning, and the speed of reaction and processing of information.

So this logical question arises, can body posture influence our cognitive performance?

Walking down the street

Previously, a New Zealand team (University of Auckland) carried out an experiment on posture when we walk, especially in the street. The team had found a very clear influence of our posture on our mood and confidence. It appears that walking with a hunched back, bowed head and inert arms have a negative influence on our mental state.

Indeed, the researchers found that the simple act of straightening up, standing up straight, with your head held high, and gazing forward gives us a serious boost of confidence. Not only does our spontaneous posture have a psychological effect, but by correcting it, it is possible to bring about improvement in the long term.

In this other study, this time carried out by an Austrian team (Friedrich-Alexander University in Erlangen-Nuremberg), researchers observed the same phenomenon, this time in a sitting position.

Young adults were invited to participate in tests presented as intended to assess their ability to concentrate. In fact, the researchers had them sit in different postures – from upright to very slumped – in order to note their influences on mood and cognition.

A first observation indicates that “sitting upright” is associated with a better overall mood. It is also found to have a positive influence on the speed of processing information and completing tasks, although the test pass rate does not vary significantly with posture.

Finally, and surprisingly enough, blood pressure is a little more favorable in an upright position. To further complete the list of benefits of standing upright, we will add that it is widely recommended for protecting the back in case of work that requires sitting for a long time. 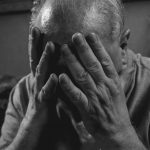 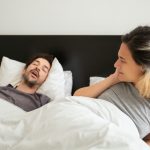